Blok N completes the regeneration of the post-war Jeruzalem neighbourhood in Amsterdam. It is designed as a striking pavilion that fronts all sides of its park-like surrounds.

Intersecting Hugo de Vrieslaan, the prominent site (plot N) was designated for a residential complex with adaptable social rental housing. Our ambition was to rethink the possibilities of social housing within the given constraints and site conditions; the result is a distinctive, compact building that addresses the need for comfortable social housing and respects the history of this heritage-listed site. 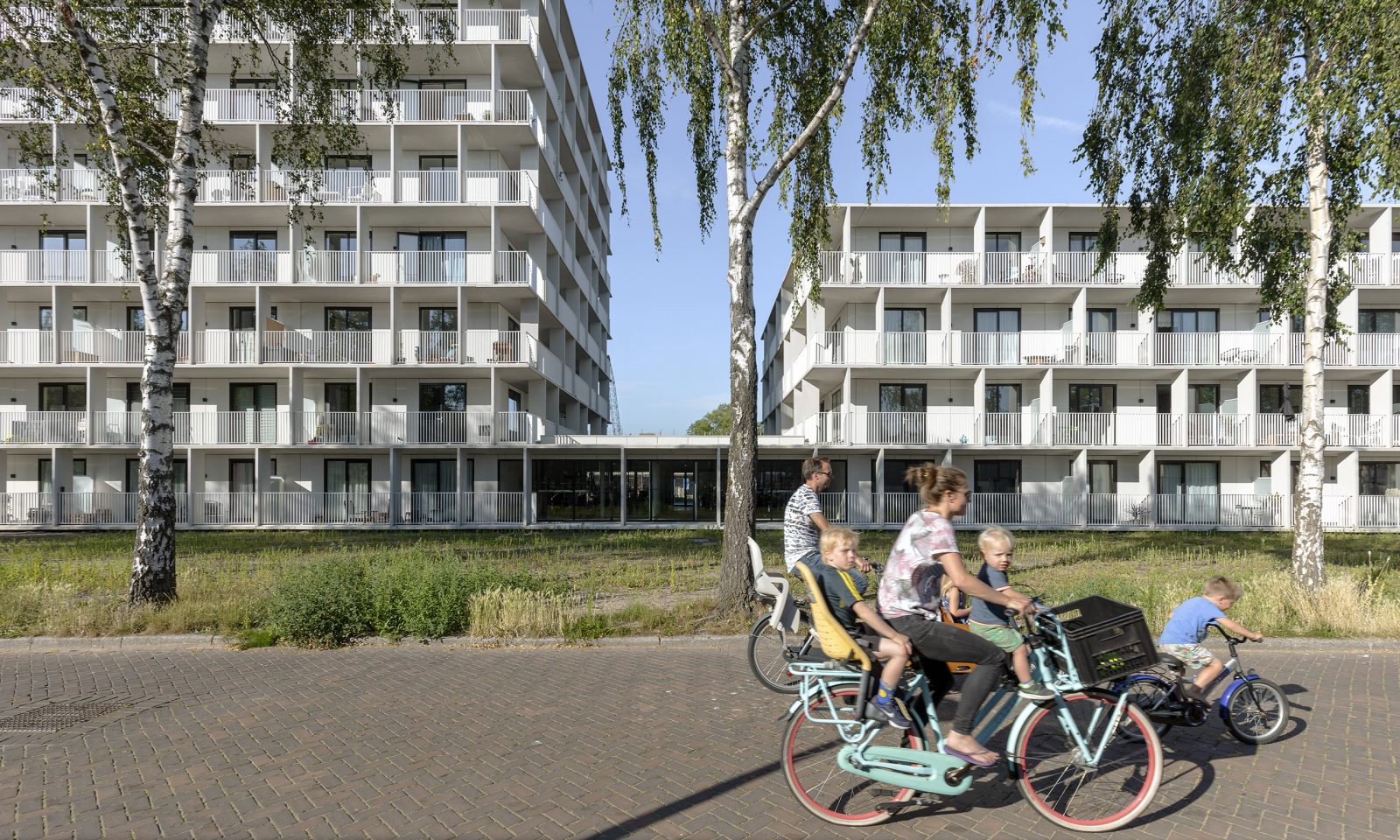 We gave a new view on social housing here, one focused on high quality and adding an unexpected layer of beauty

The complex unfolds from the green heart of the neighbourhood as two connected volumes that step up towards Frankendael Park. Our strategy was to focus on one intervention that would make the biggest impact in both improving the quality of life for residents and defining the architecture: the balconies. The entire building is wrapped in continuous white balconies punctuated by an irregular rhythm of vertical fins, for privacy, resulting in an eye-catching three-dimensional grid. Every apartment has access to a private balcony that extends the entire width of the dwelling. High windows and sliding doors allow residents to enjoy more daylight, air and views. We opted again for a prefab system, this time for its high-quality finish, cost efficiency and minimisation of waste. The white facades blend easily into the neighbourhood of characteristic white post-war houses; colour and composition create an ever-changing play of light and shadow.

Blok N is located in the heart of Tuindorp Frankendael, otherwise known as Jeruzalem thanks to the characteristic white houses; the project forms part of the recent regeneration of the neighbourhood. Jeruzalem was built between 1950 and 1954, one of the first developments for Amsterdam’s General Expansion Plan (AUP, 1935). The urban plan was conceived by Cornelis van Eesteren and Jakoba Mulder; the housing projects by Ben Merkelbach, Charles Karsten, Piet Elling and Mart Stam. Mien Ruysch was responsible for the landscape and Aldo van Eyck designed the playgrounds. Considering the post-war housing shortage, prefab Airey houses were used to speed up the construction process. As a typology of the duplex housing and the L-shaped plots, this system was applied later to the Western Garden Cities. 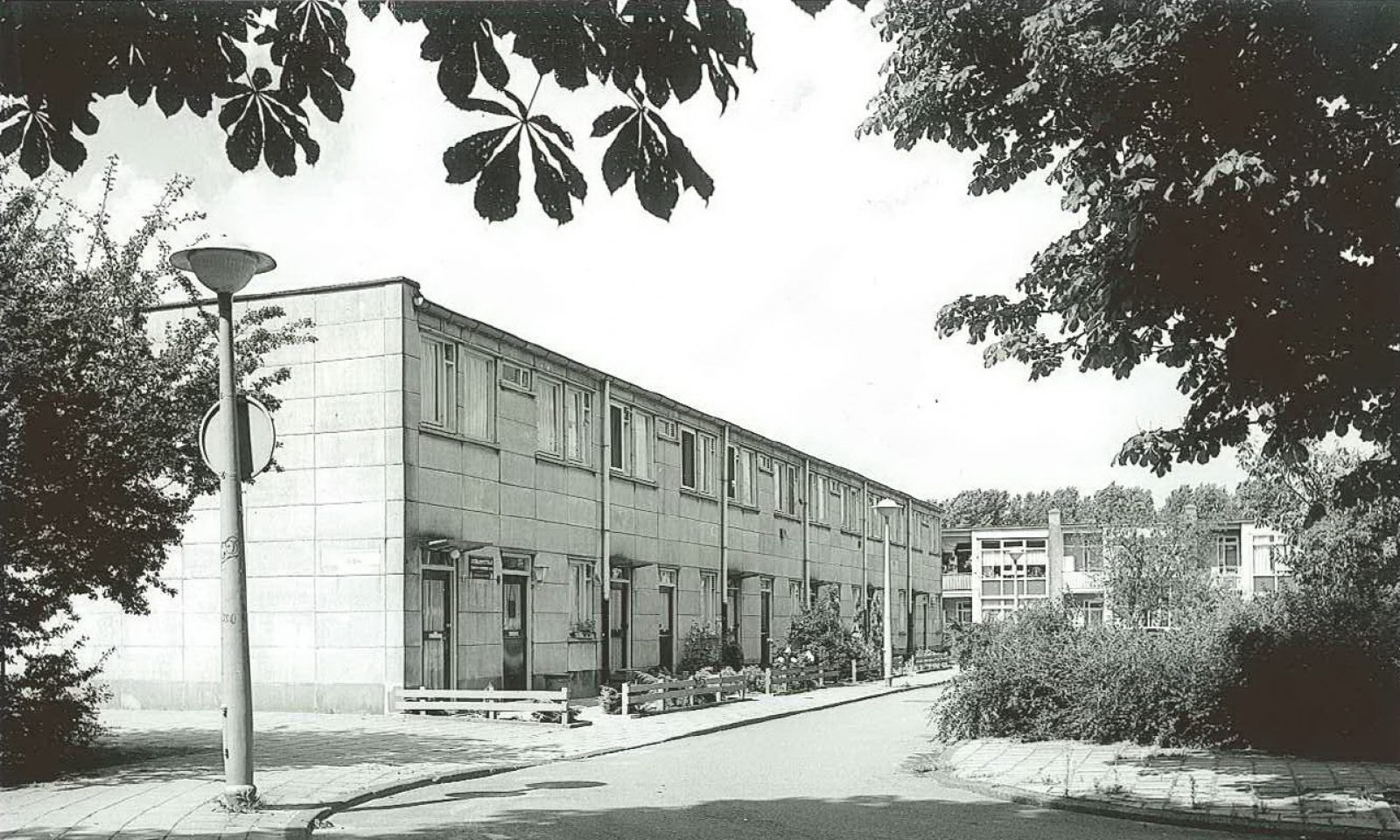 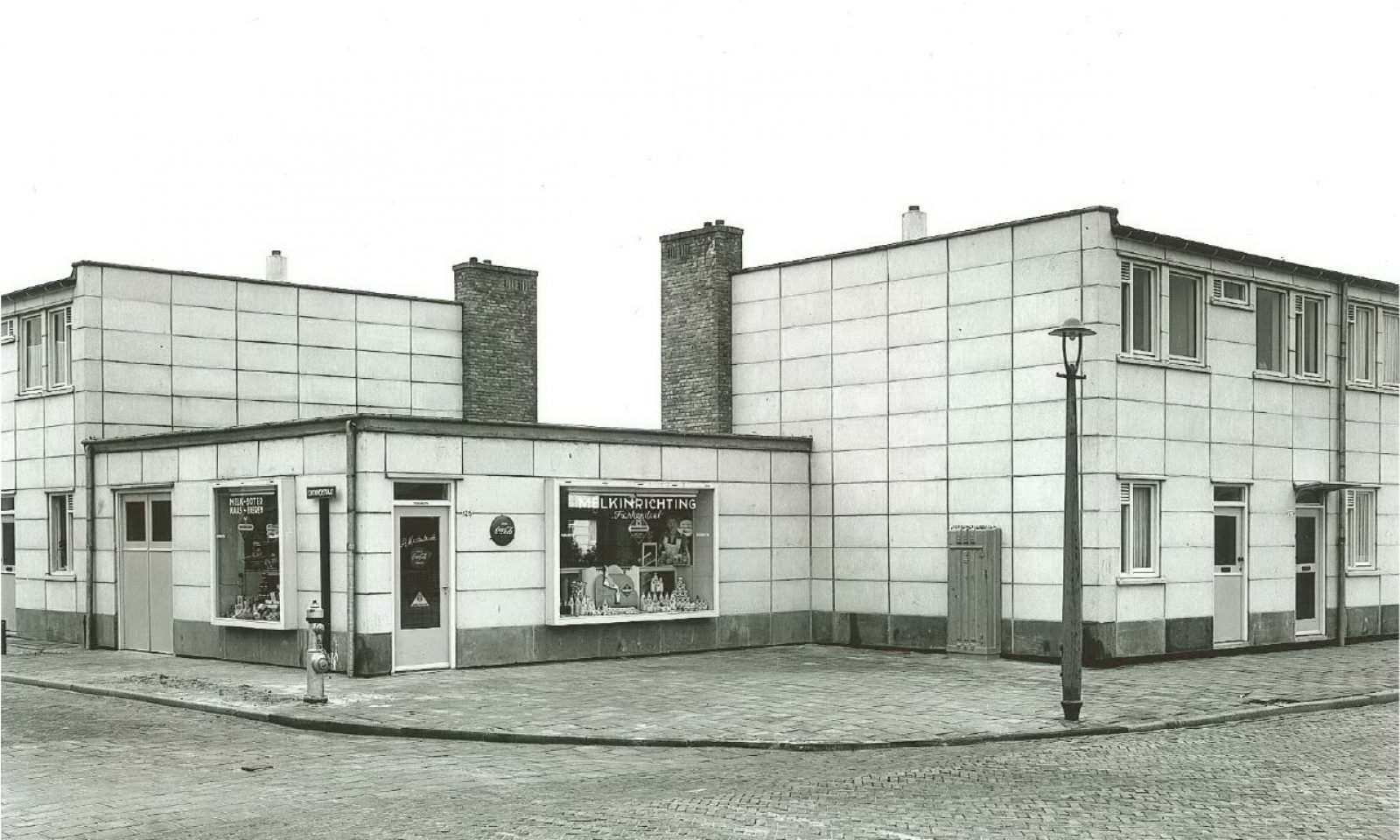 The deterioration of these small houses, which were problematic from a structural and acoustic perspective, led to the decision to refurbish and modernise the neighbourhood. For decades, development plans were met with resistance, were continuously dissolved and the crisis ten years ago put an end to them. In 2010, Jeruzalem was officially heritage listed, the first post-war Amsterdam neighbourhood recognised with this status. As such, a large-scale demolition of the neighbourhood was not an option. 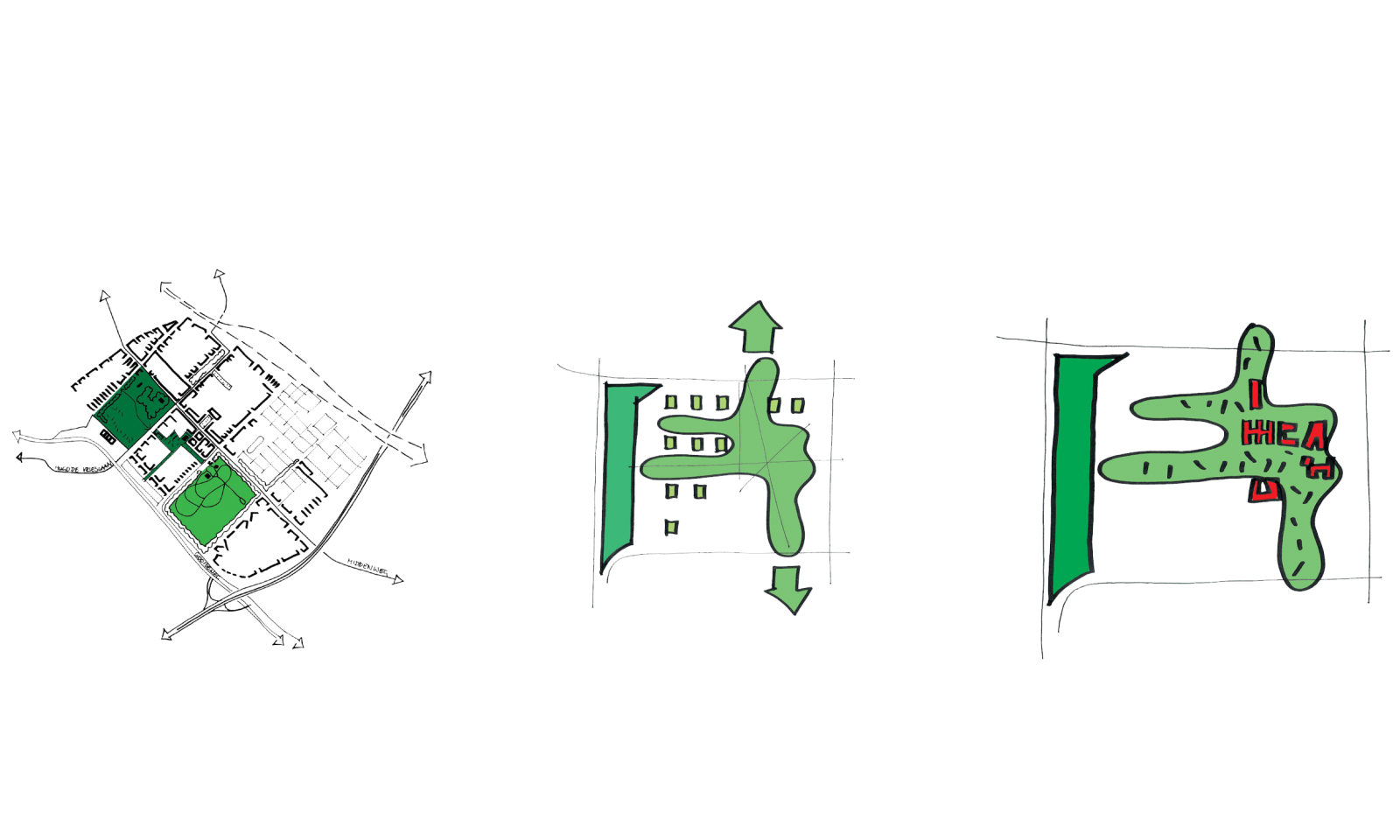 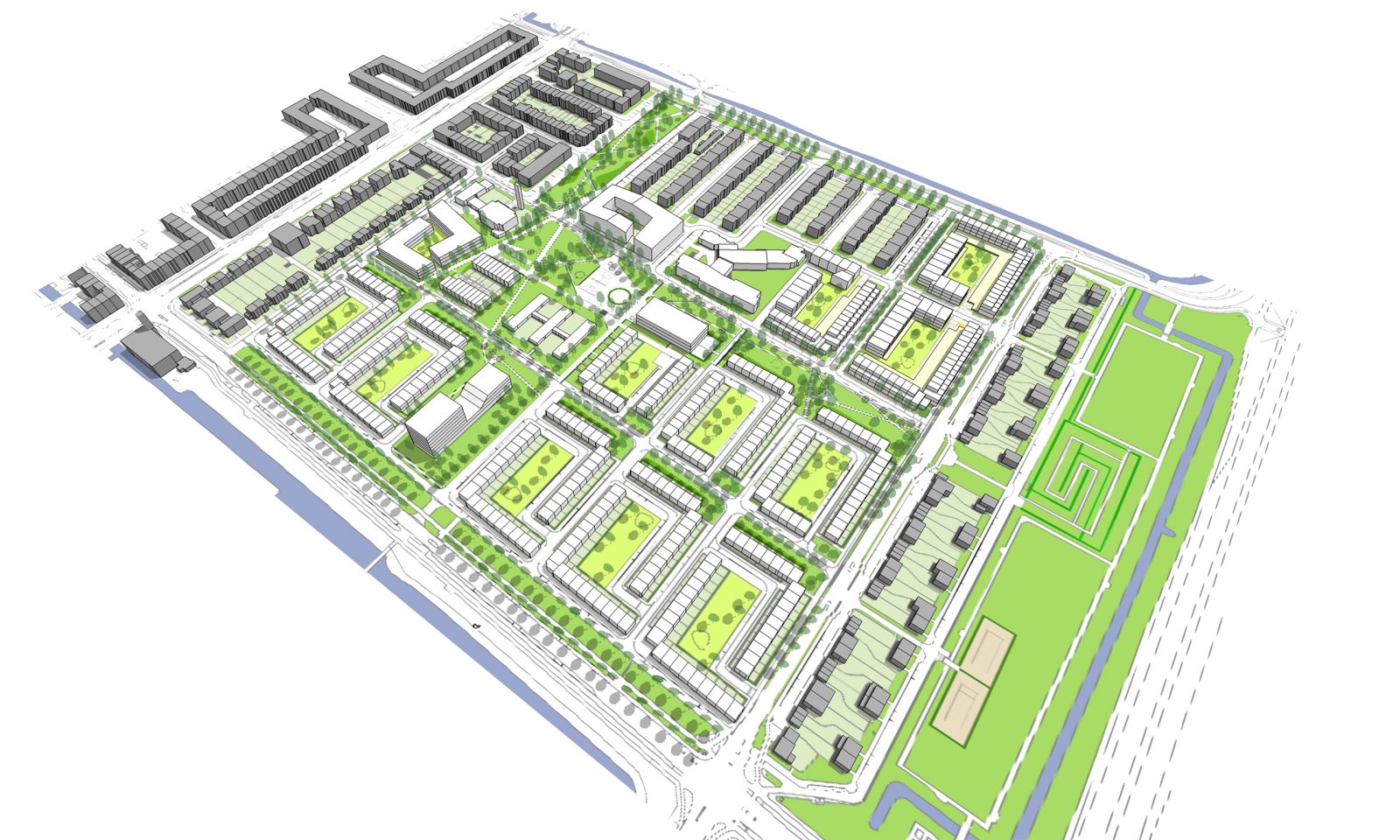 In the lead up to this milestone, Studioninedots designed the Jeruzalem Urban Plan in collaboration with Karres en Brands, commissioned by the City of Amsterdam. The ambition here was to retain the (open) quality of the green landscape; in this way the plan is underlined with a structure of courtyards and green axes and avoids over development. The scheme accommodates the same number of dwellings as previously in the neighbourhood while allowing them to be enlarged, and hence more comfortable, according to modern living standards. New dwellings are clustered in the centre of the neighbourhood where the original urban plan indicated sites for special buildings such as pavilions. The plan specifies that new housing blocks feature a compact footprint to maximise green space and not block the connecting role of the landscape. In this way, the axis from The New Ooster to Frankendael Park will always remain green. 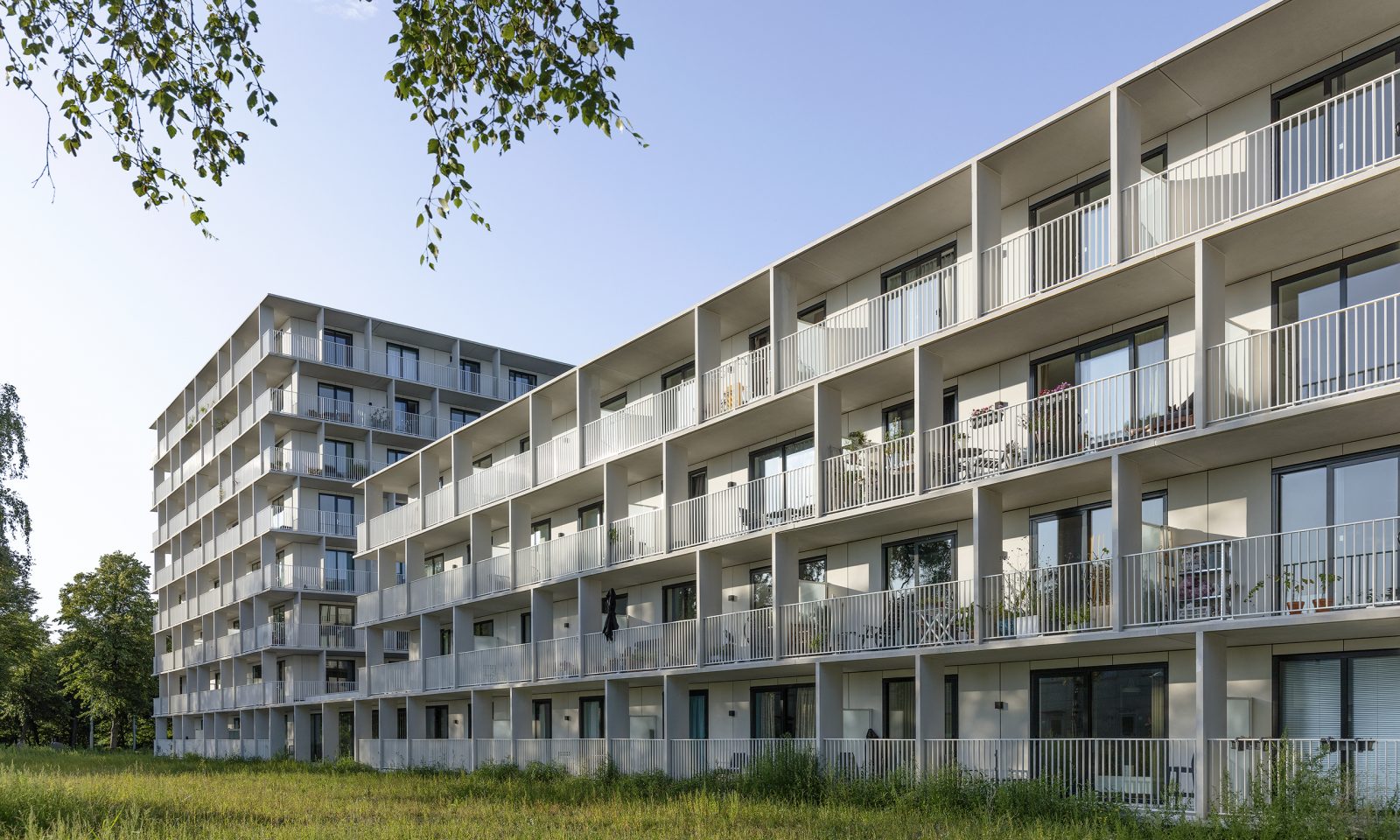 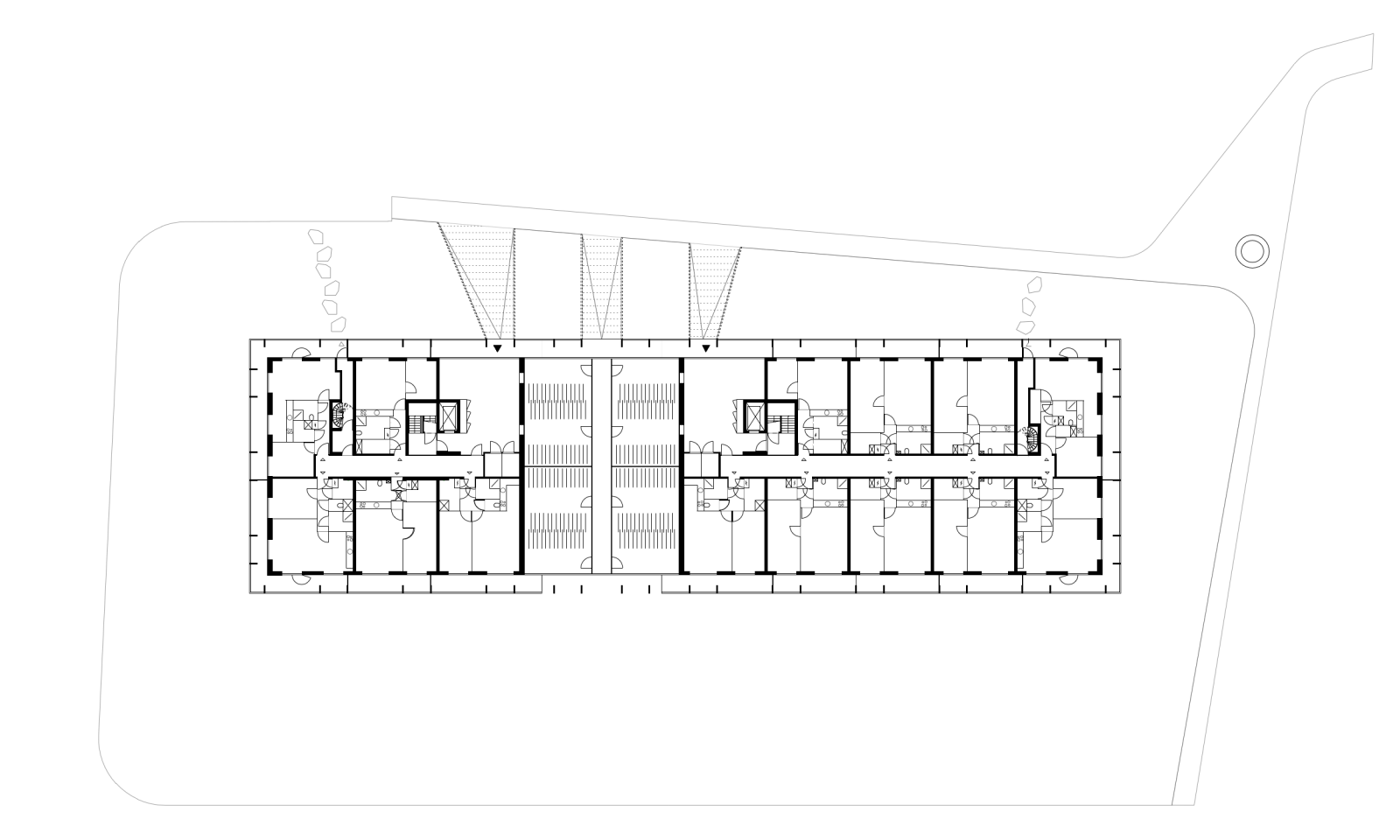 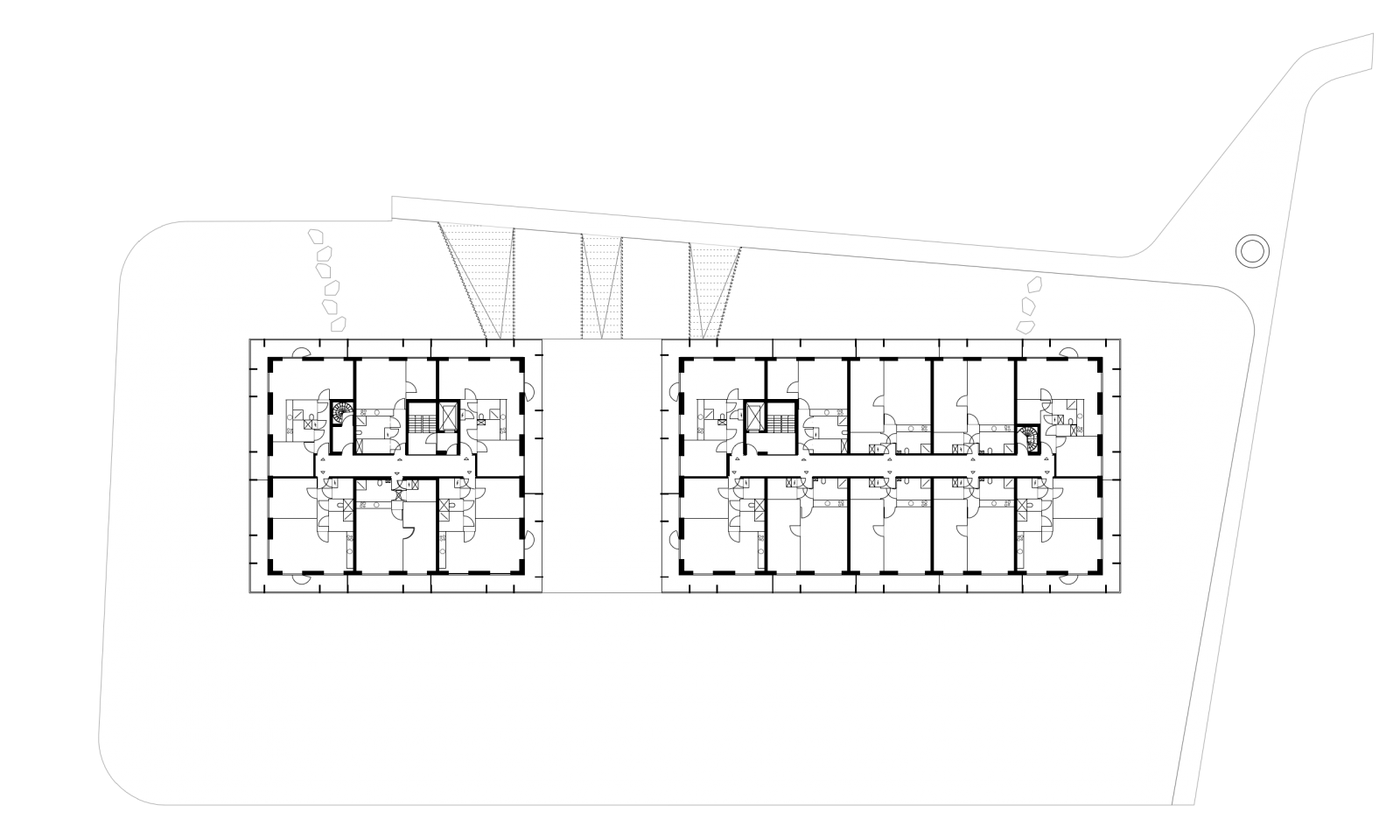 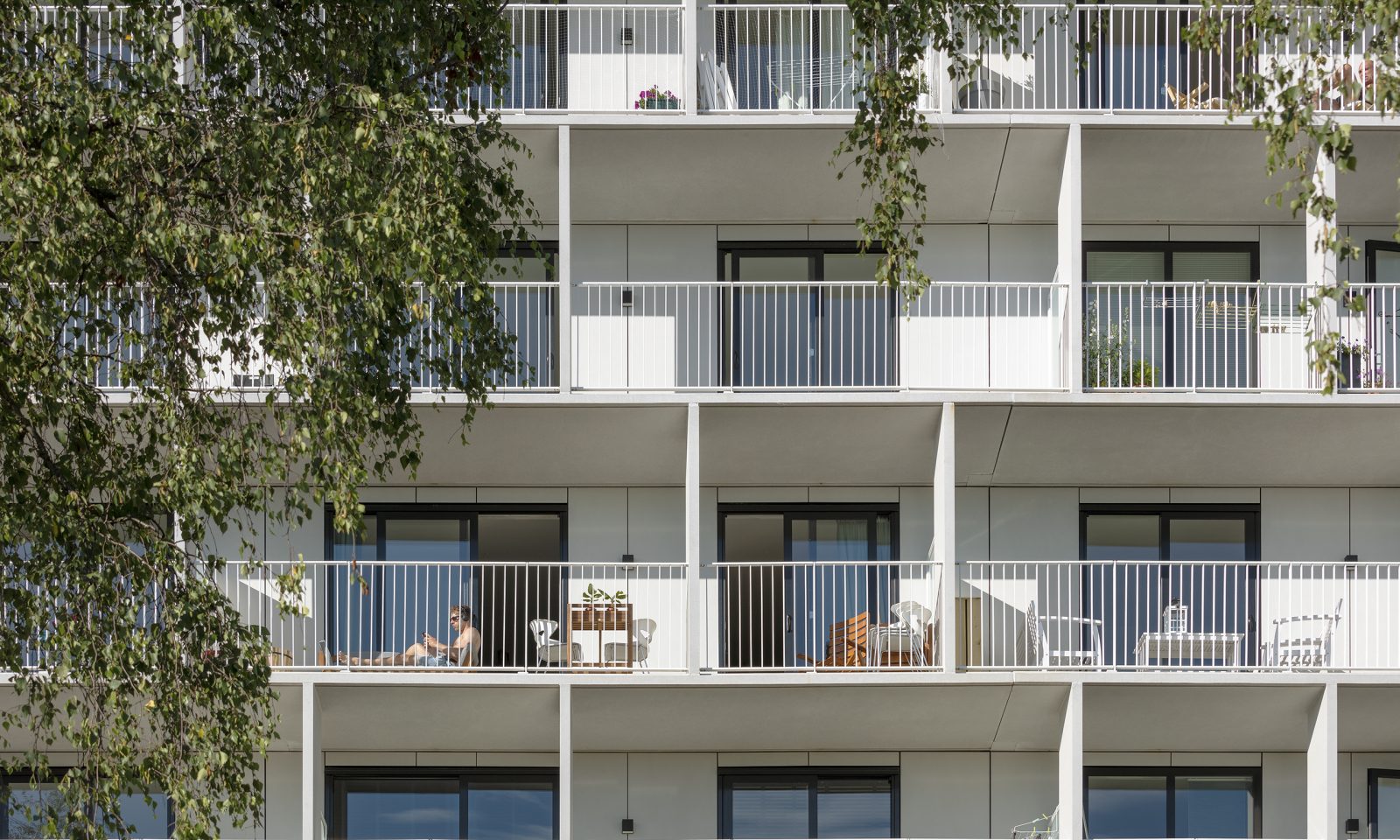 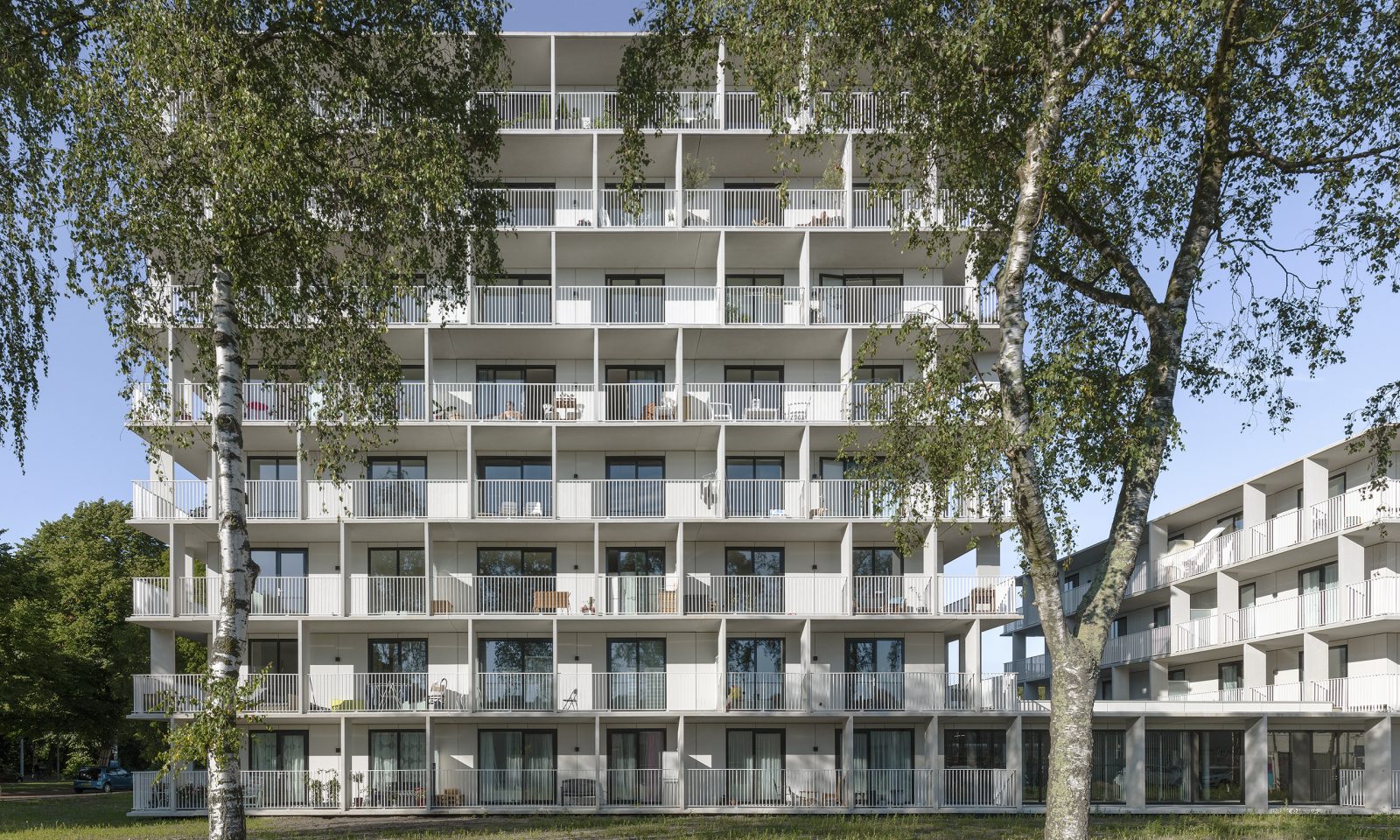 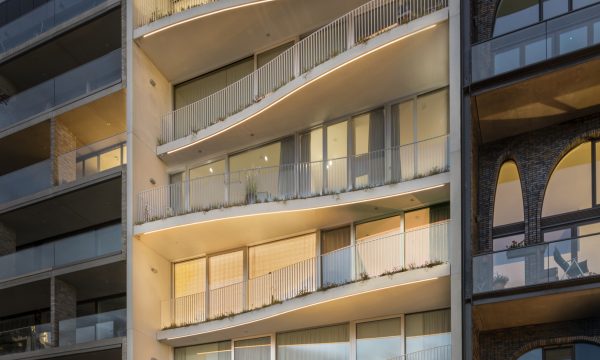 Lofts by the Amstel

The movement of water inspired us to design organically curved balconies that extend the deliberate double-width apartments. 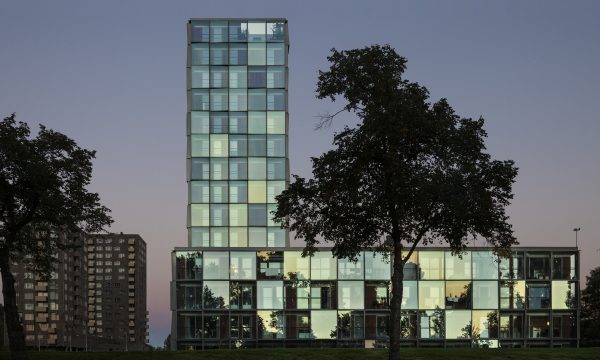 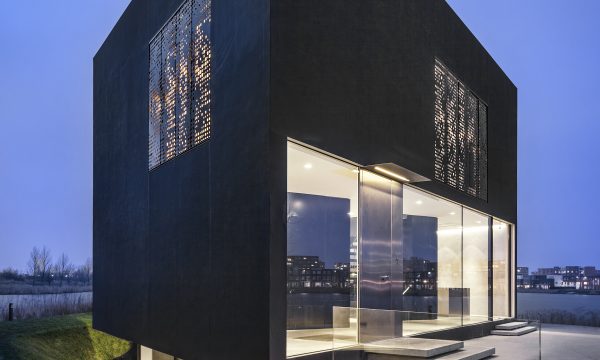 Inextricably linked with its spectacular waterfront site, this black house is crafted to level up contrasts.