In our ever-expanding cities, land is becoming scarce. Cities have reached their limits; the need to densify means the last remaining vacant spaces now being occupied. Often, these are ‘impossible’ locations, for example on contaminated sites or along railways or highways with complex circumstances concerning noise, air quality and/or safety issues. But it’s precisely these complexities that potentially give rise to surprising and innovative architecture.

The apartment building Het Kasteel (meaning the castle) occupies such a site beside a rail yard in Amsterdam east; this necessitated adequate soundproofing for the residences. The solution to this basic requirement resulted in a striking facade that acts as a sound buffer and distinguishes the building as a landmark at the entrance of the Science Park.

A skin of glass panels envelops the entire complex, each panel angled differently and bouncing light in a different direction. This results in a stunning faceted effect on the facade that recalls crystal shards. In contrast when the interior lights are switched on by night, a warm inner realm glows. A shared courtyard connects to the surrounding public spaces and contains the apartment entrances. Warm timber clads the inner facades throughout and outer facades of the lower courtyard-facing apartments, creating a striking contrast with the gleaming glass exterior. 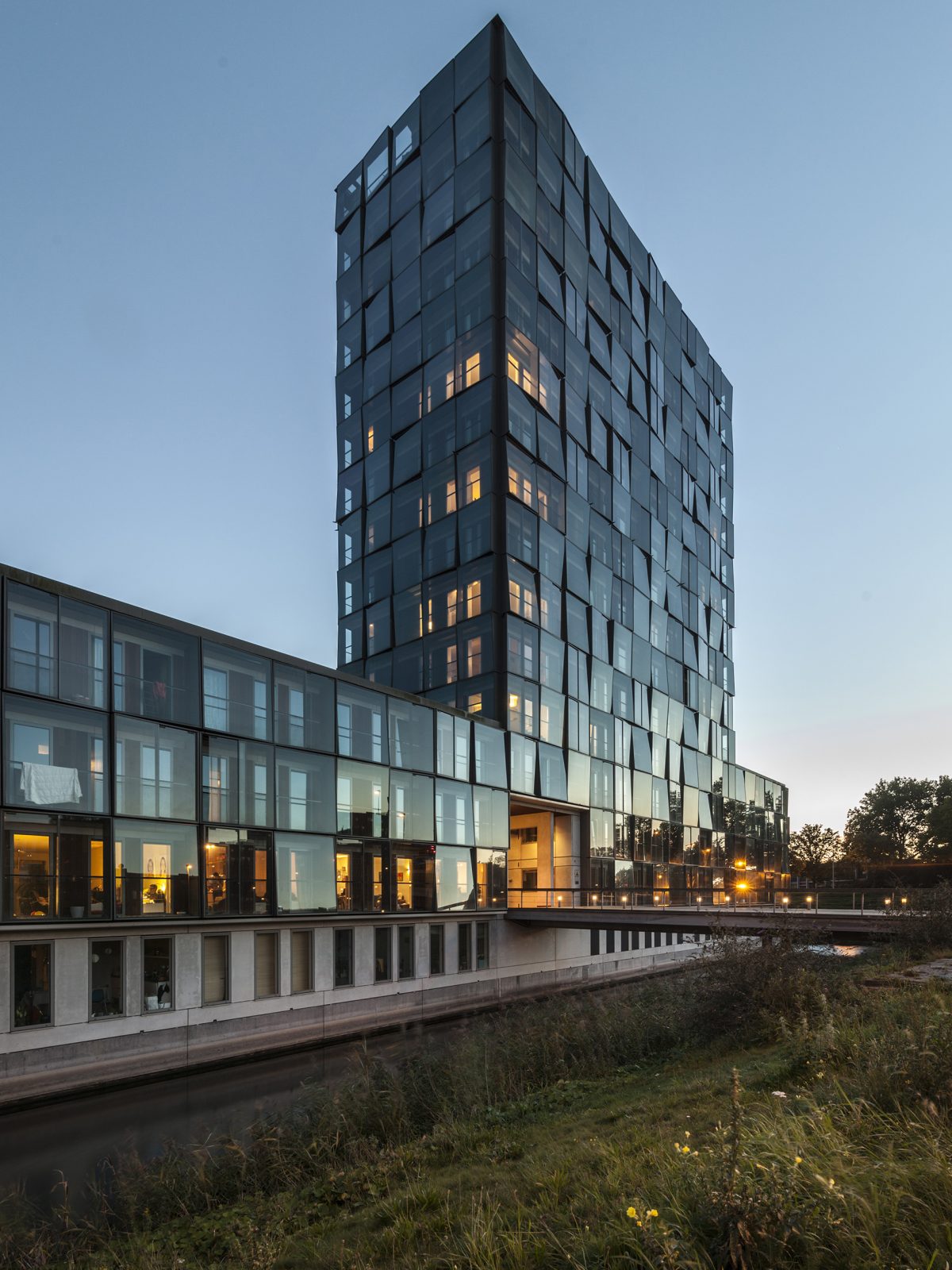 Inventing a soundproofing facade that ‘blings’.

In response to the sound insulation requirements to protect against railway noise, we designed an outer skin of faceted glazed panels that wraps around the entire building like a transparent protective blanket.
All tilted differently, the panels bounce light and mirror the surroundings at varying angles to create surprising reflections. Thanks to this pixellated effect, the building always looks different. 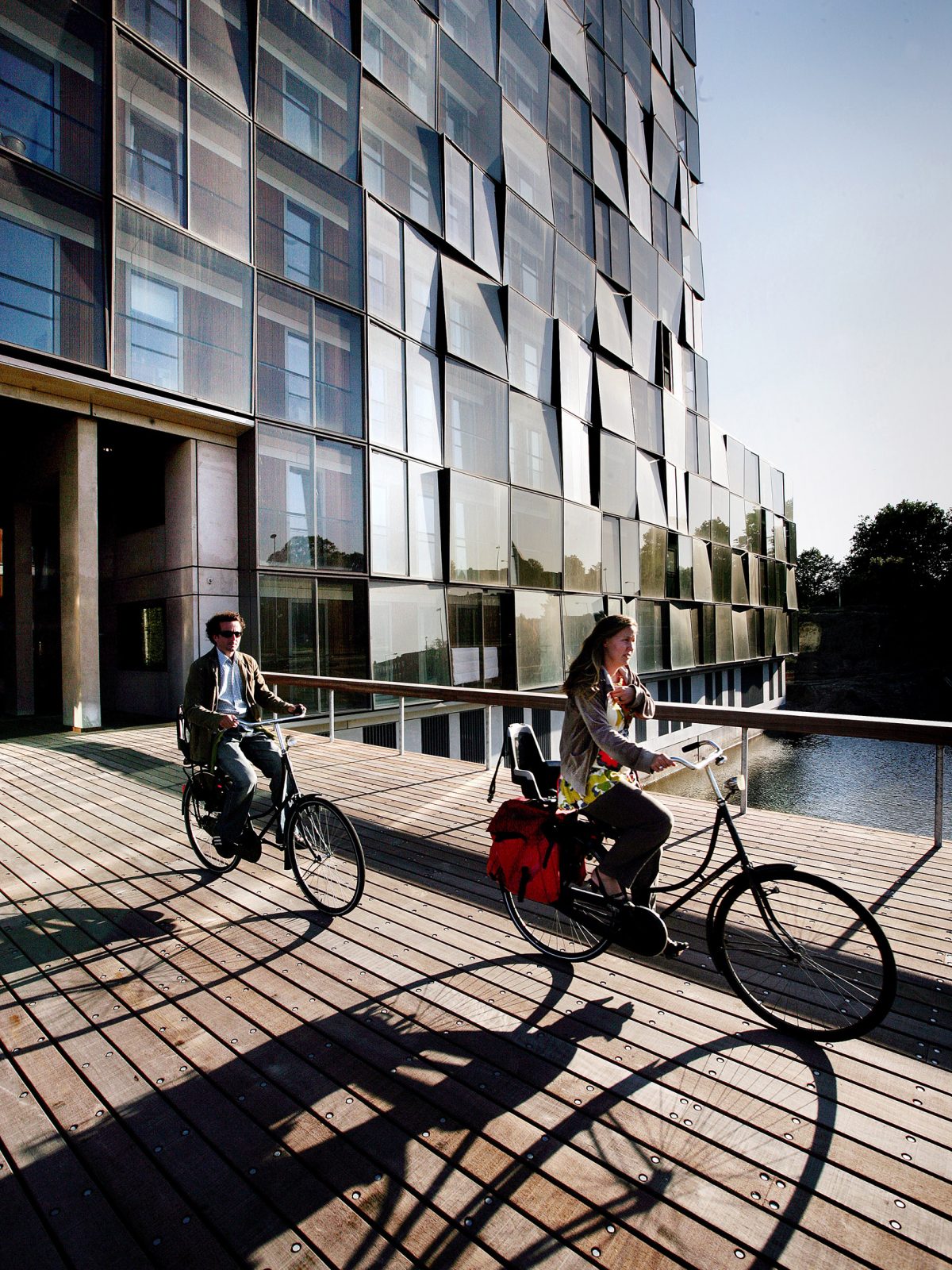 An unexpected landmark on an impossible site.

On this long, narrow site, we started with a low, u-shaped block to define an inner courtyard as a collective quiet space away from the train tracks. The low volume also maximises sun into the courtyard.
A higher tower rests atop this plinth along the west wing of the building, creating a distinctive landmark that signals the entrance to the Science Park. 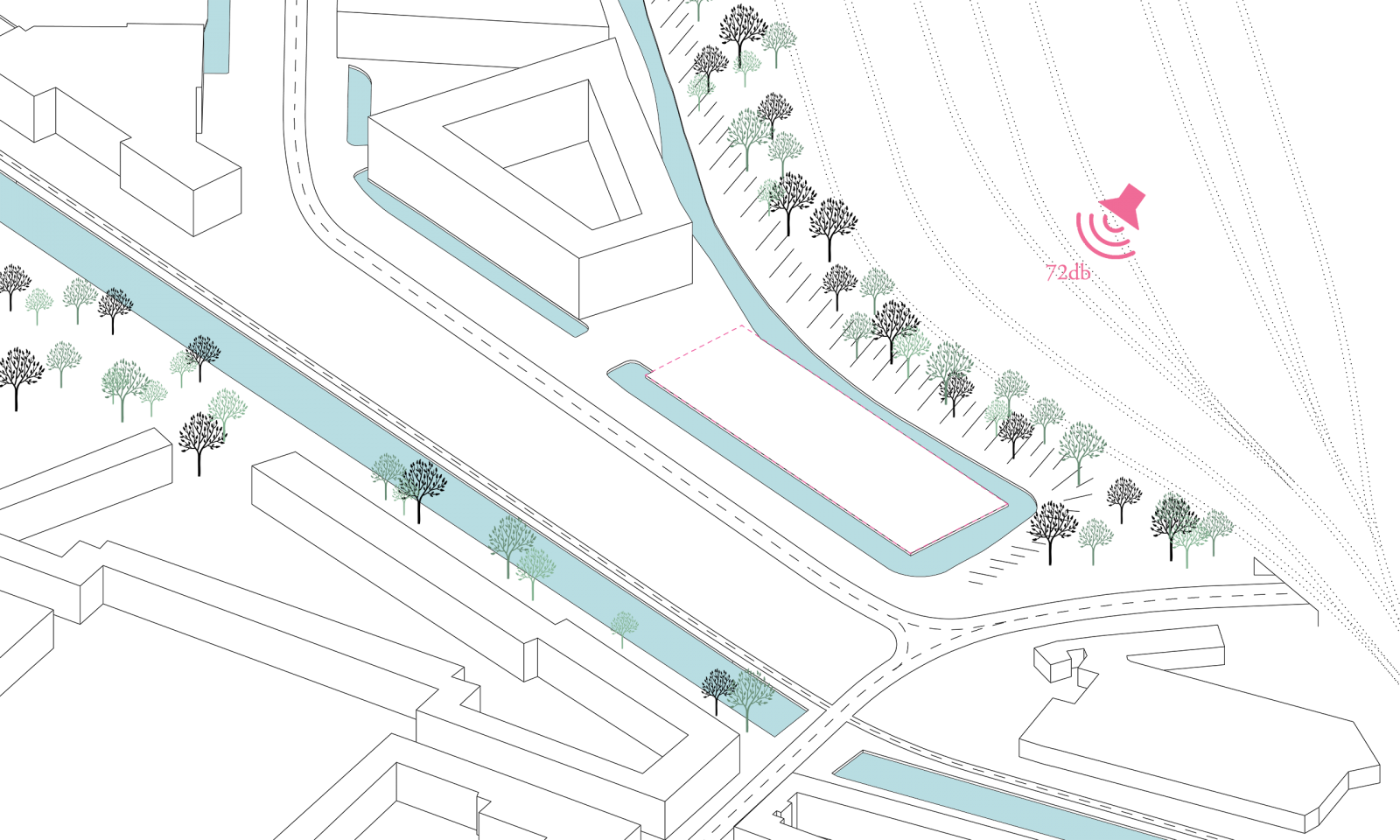 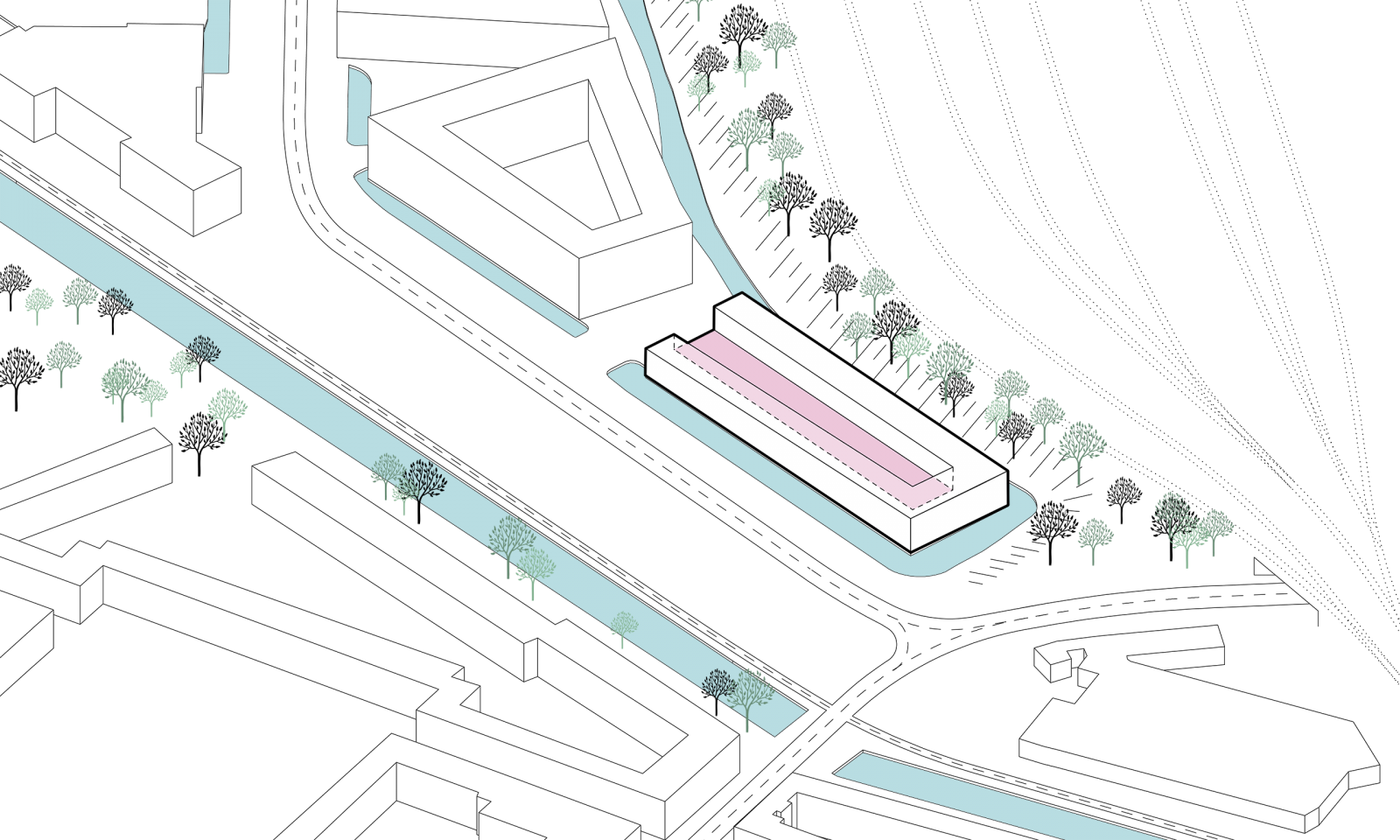 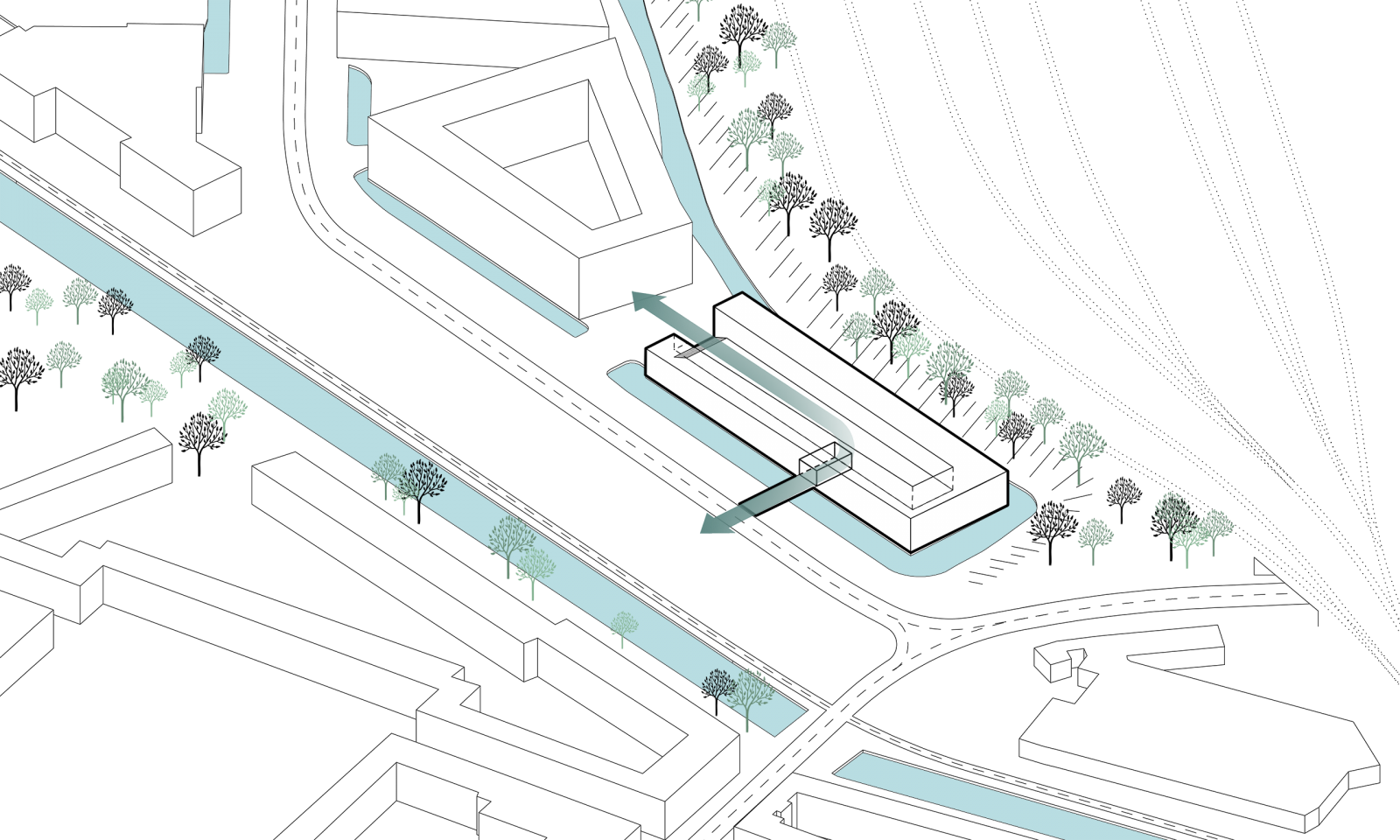 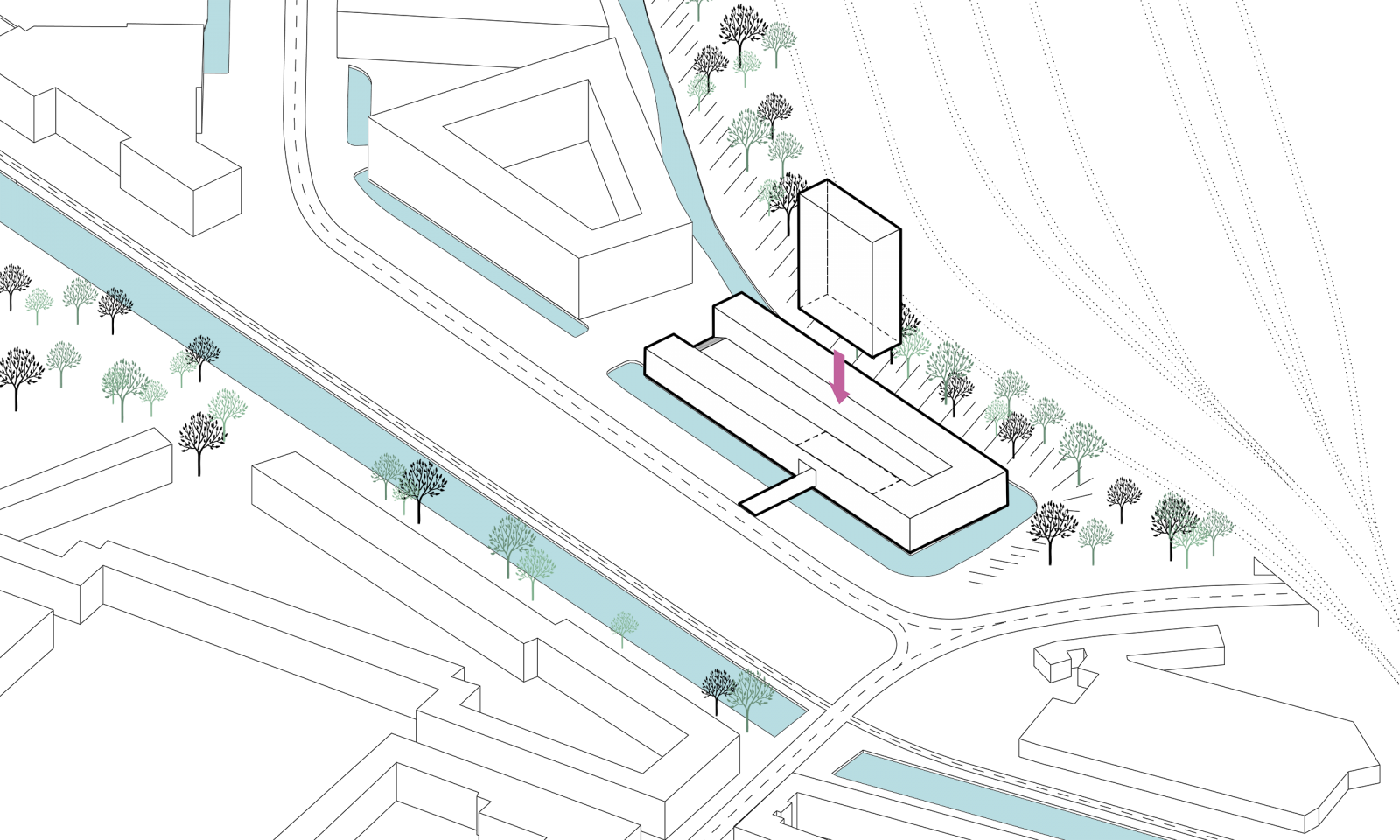 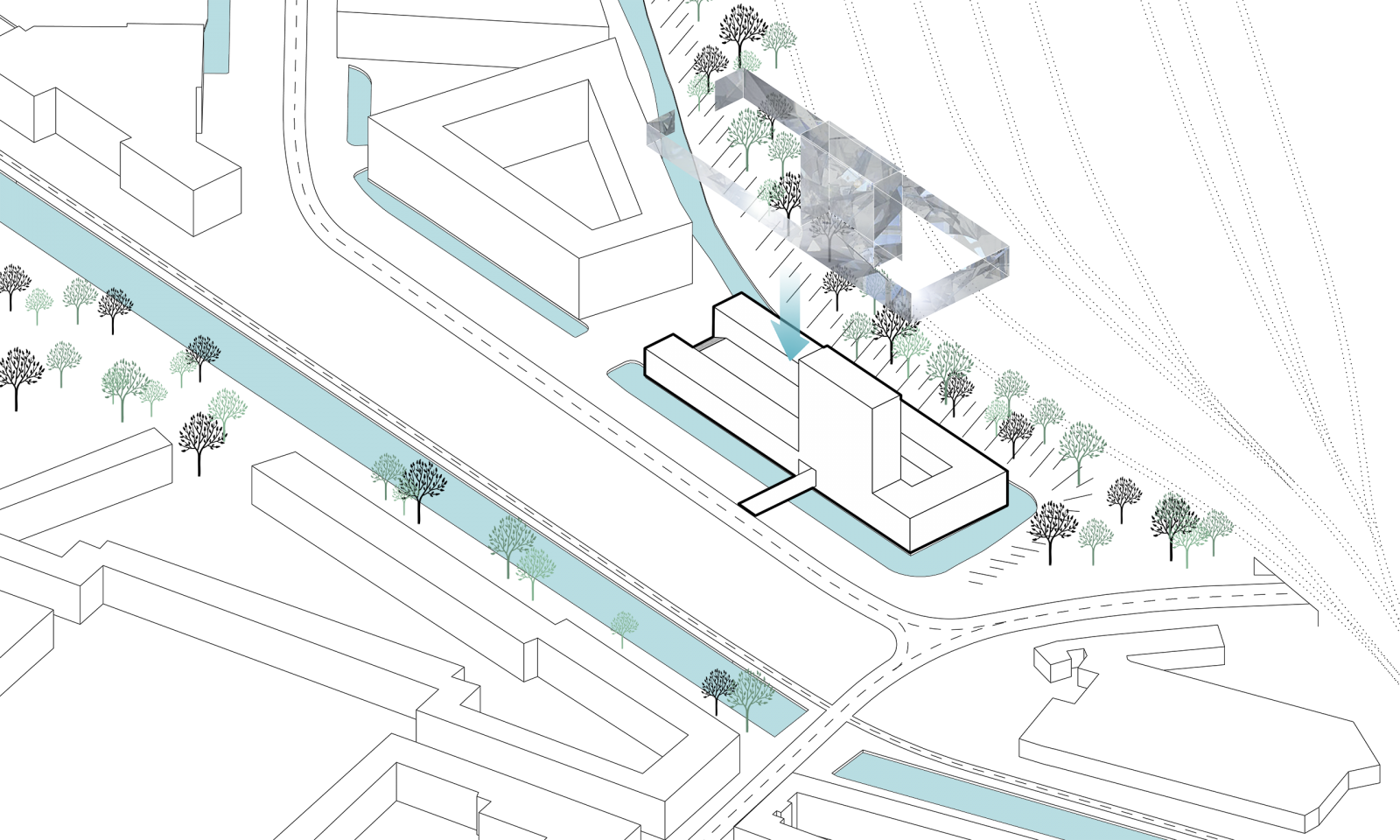 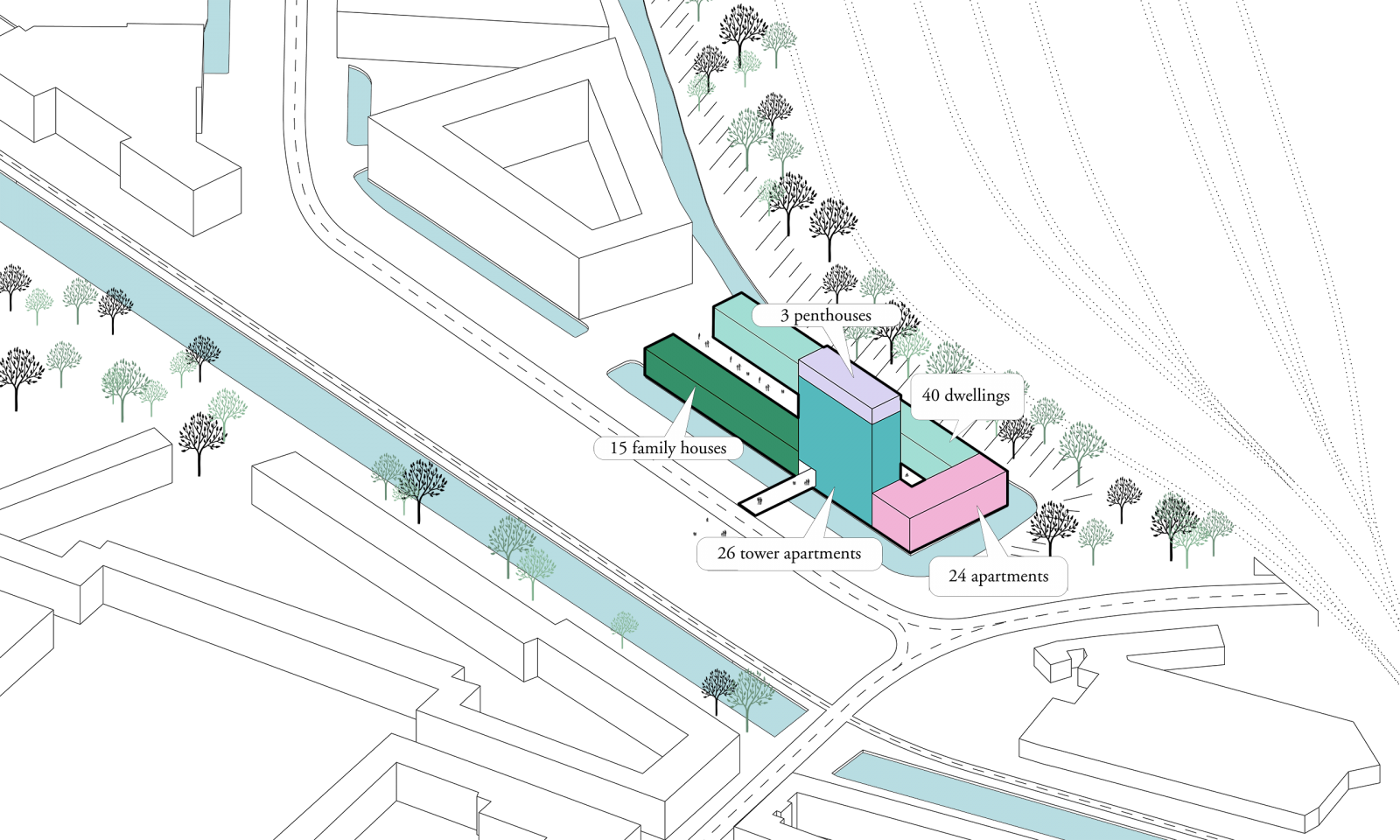 The architectural concept fulfils both an aesthetic and technical role.

The faceted glass skin enables apartments to be naturally ventilated using the openings between the panels, without any noise issues.
The zone between the inner and outer facade is utilised to create external spaces for every apartment. Simultaneously, these spaces function as thermal buffers, enabling the facade to contribute to the building’s efficiency in energy use. 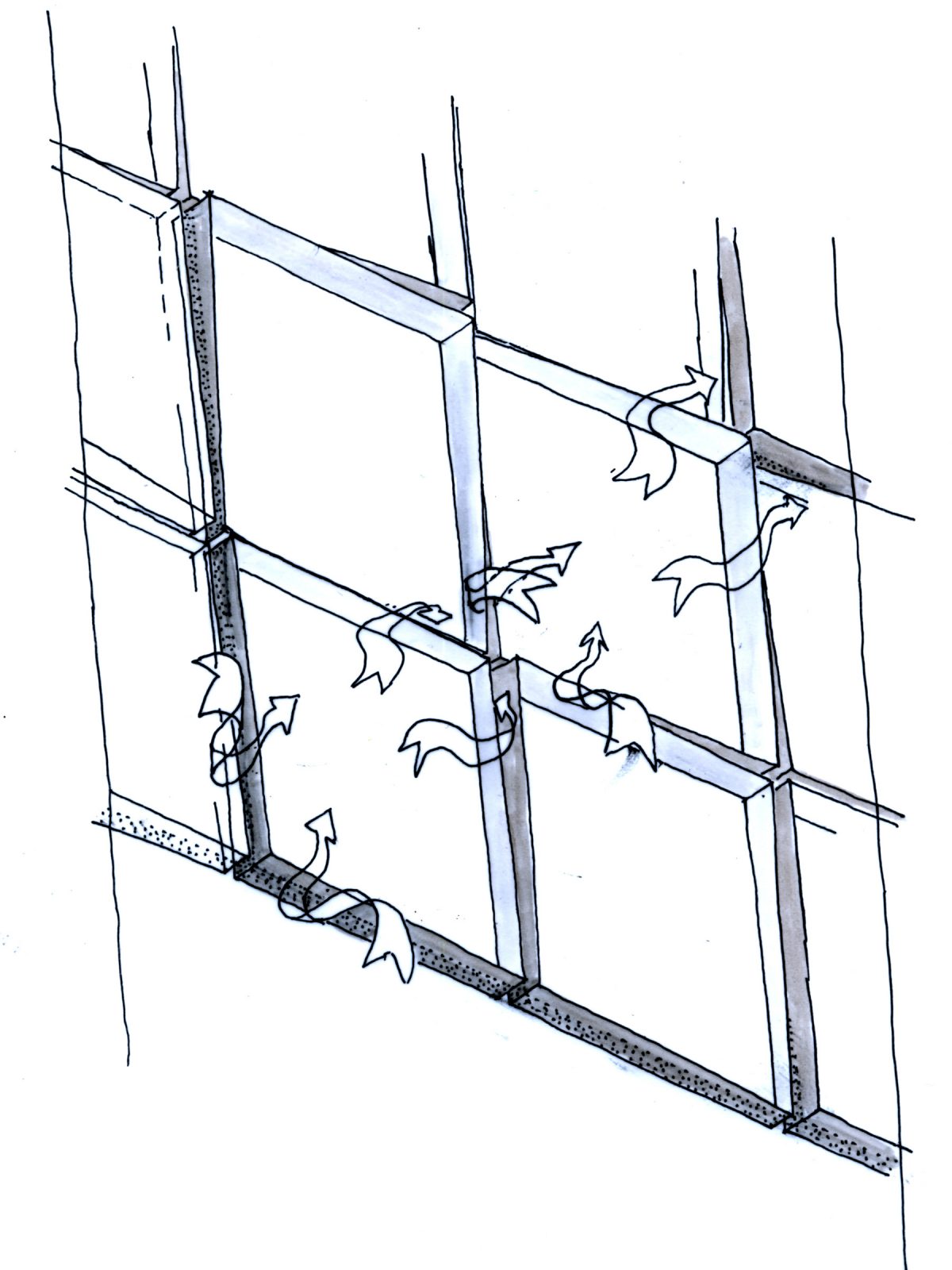 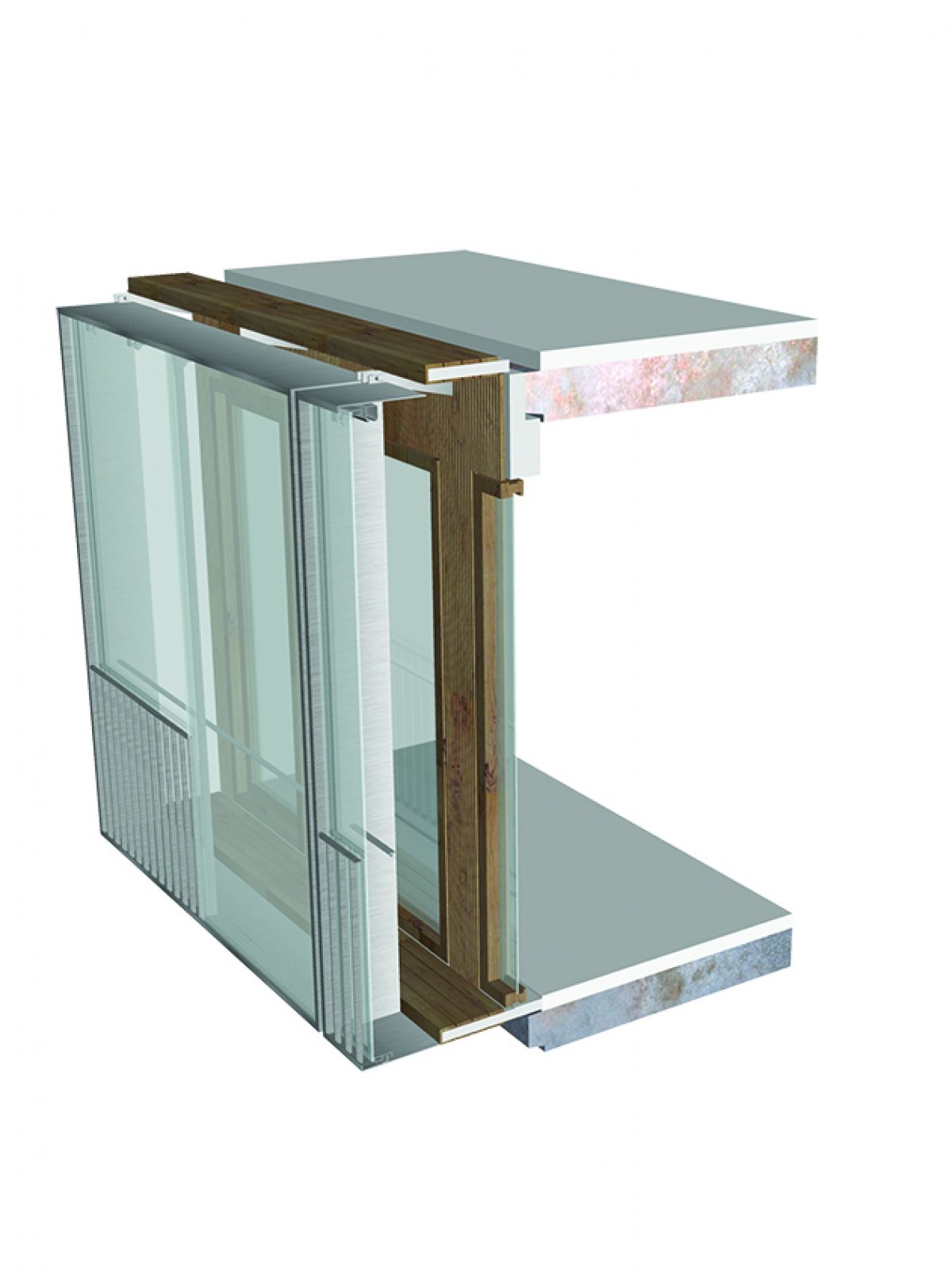 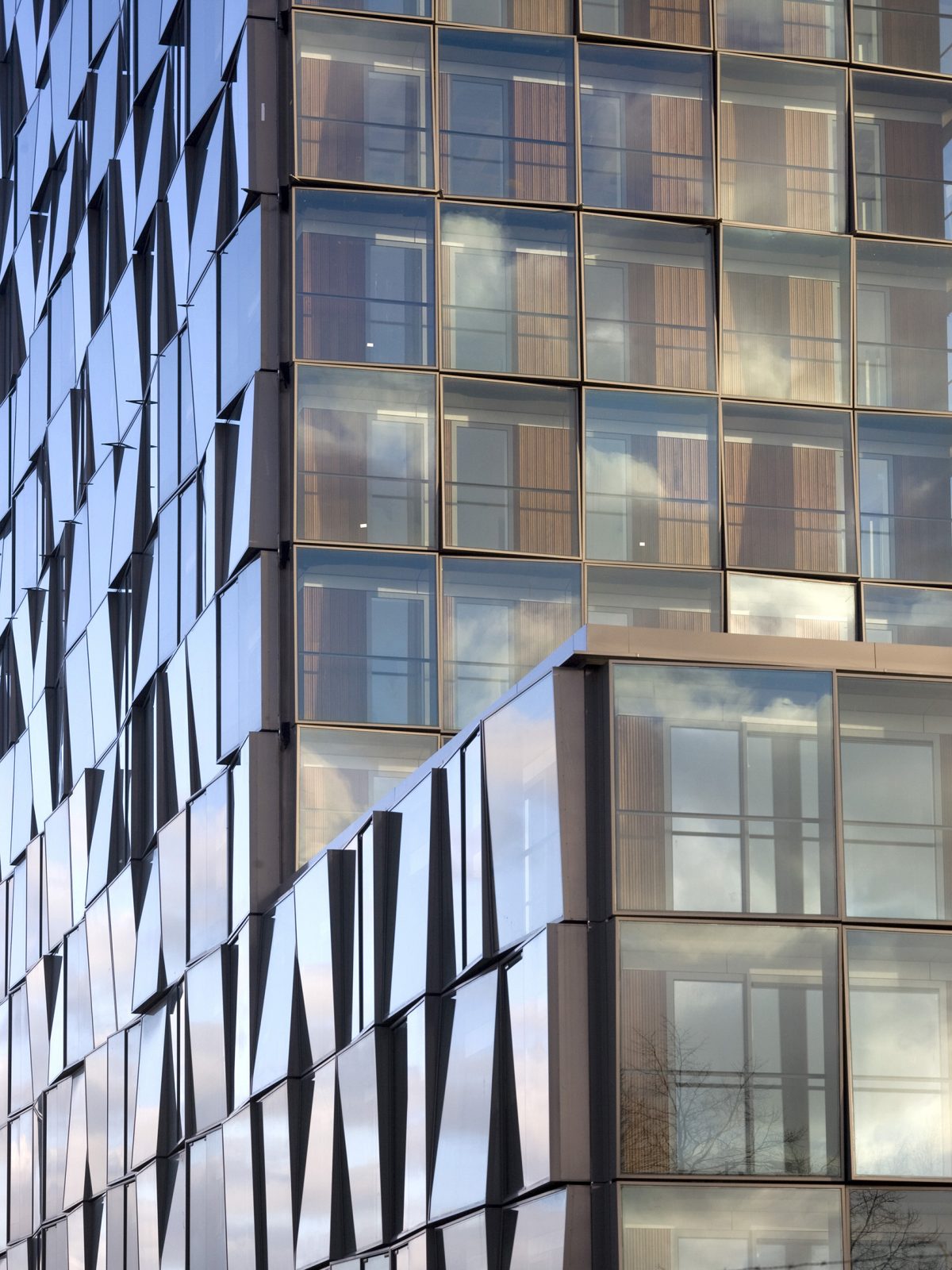 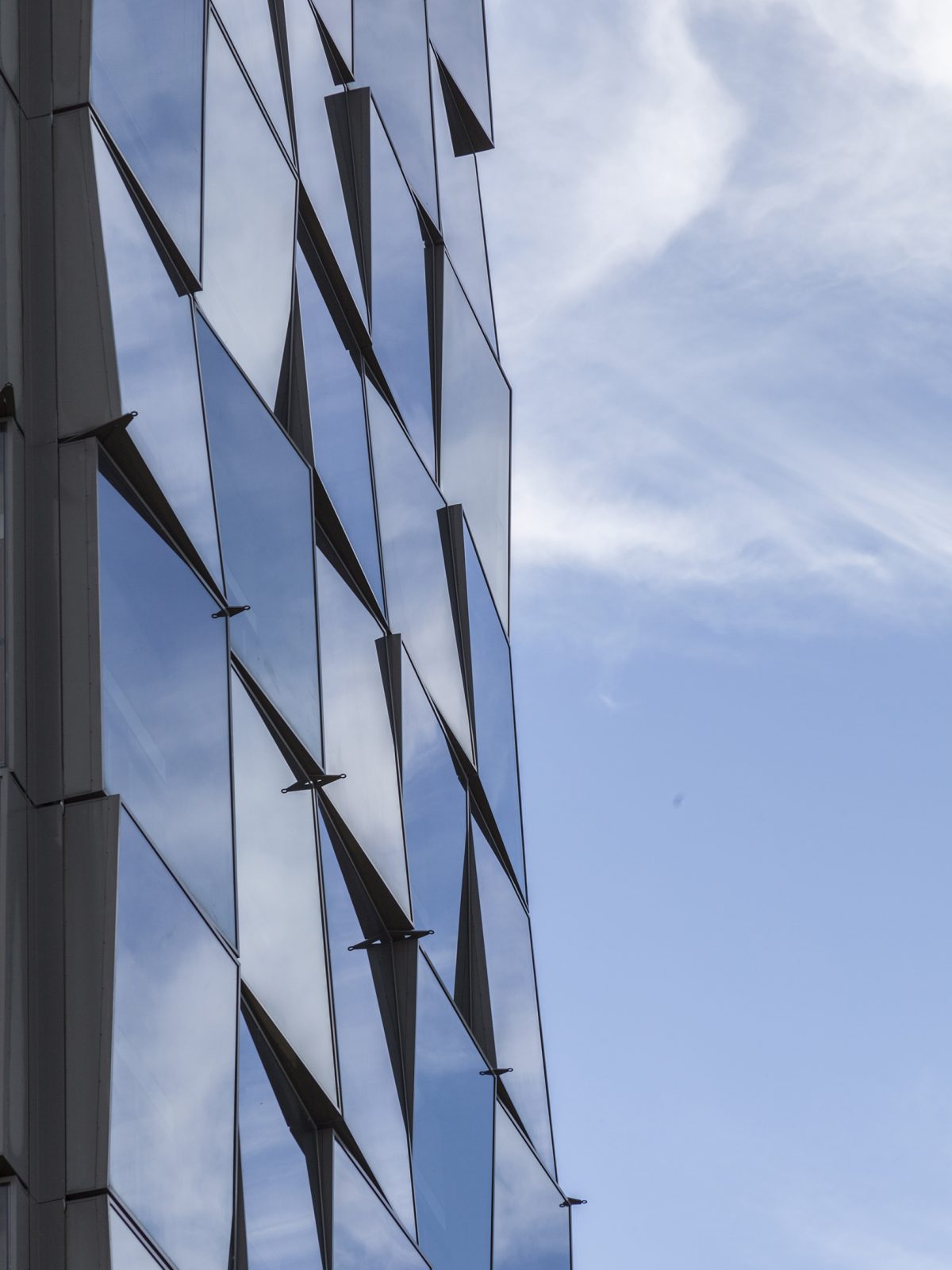 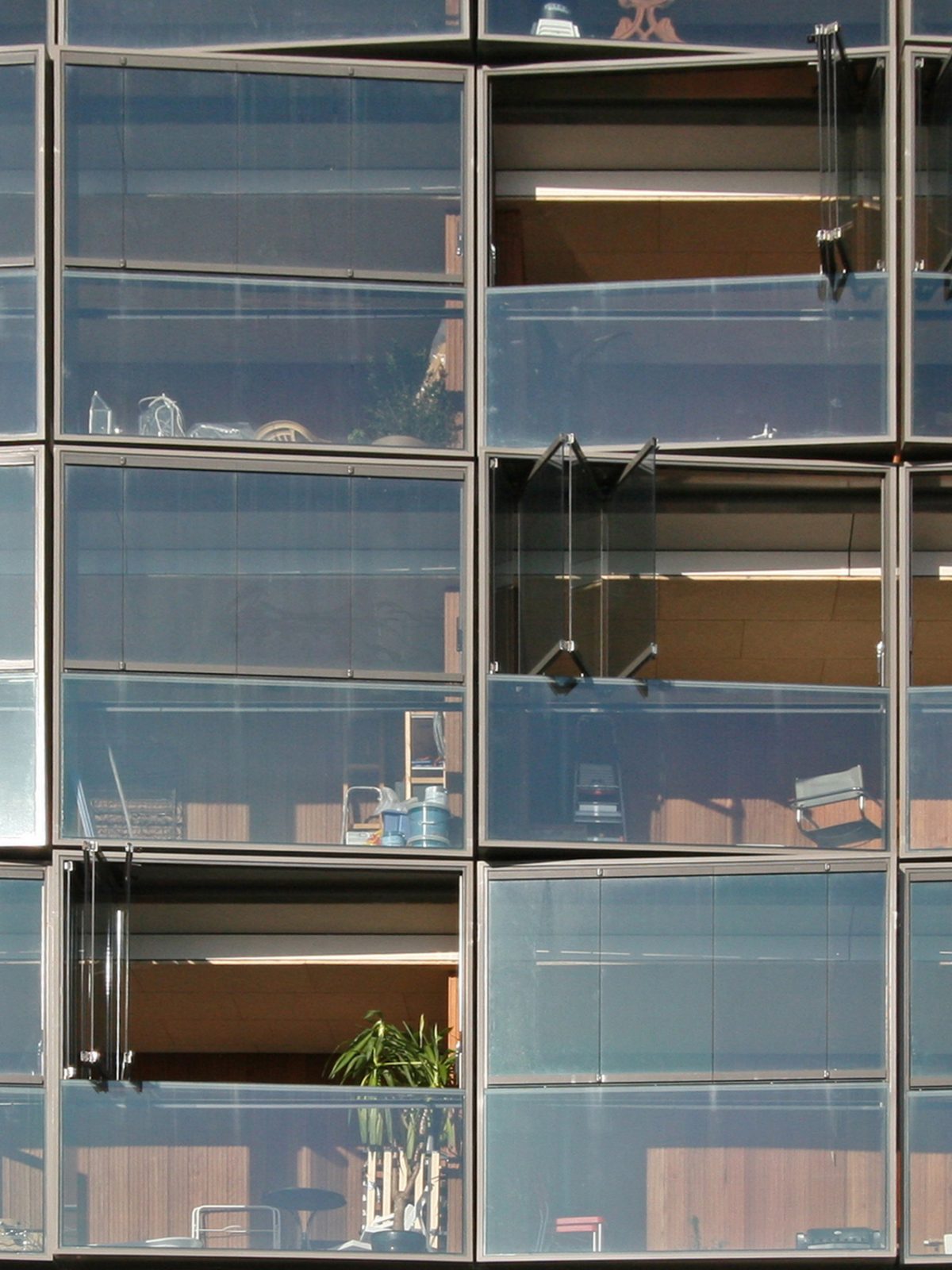 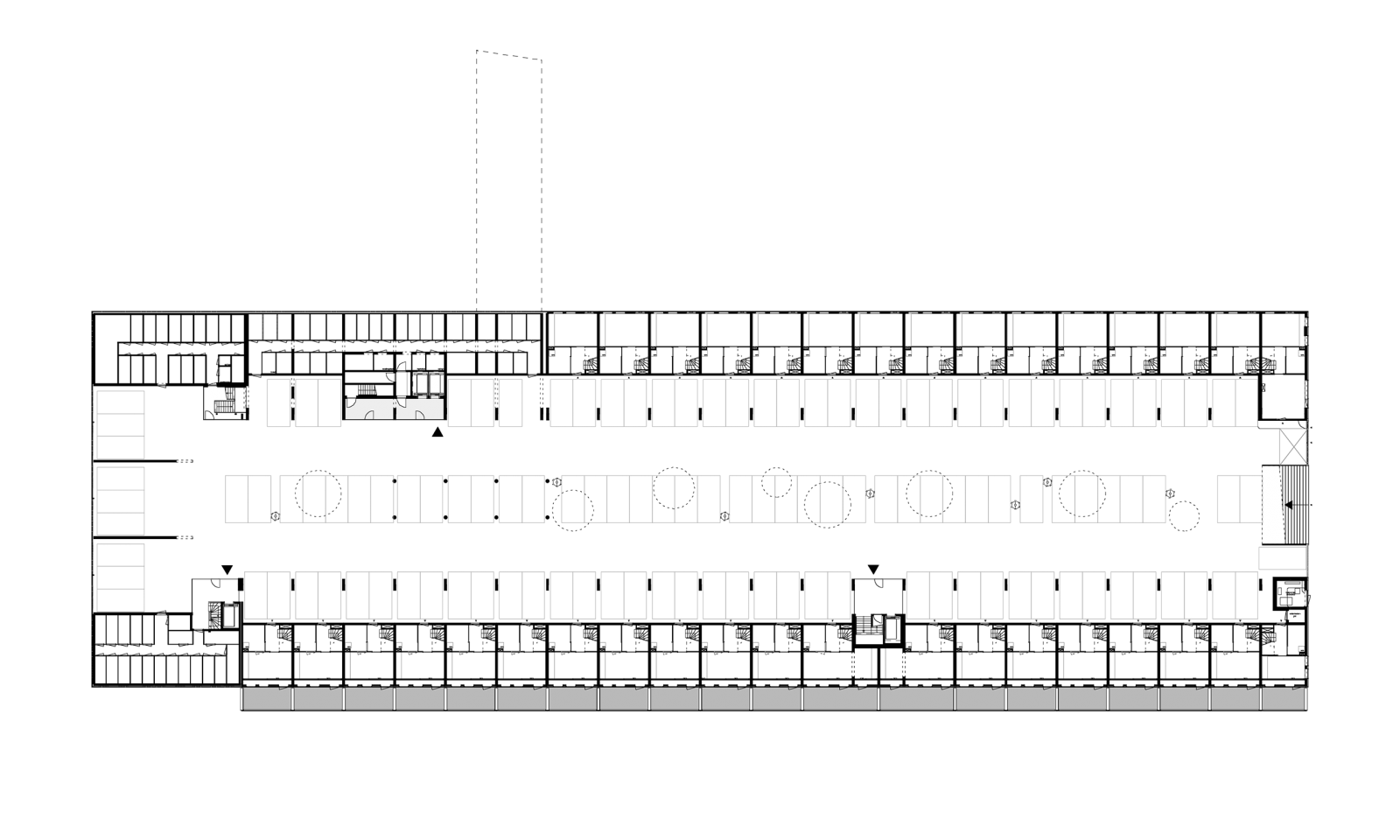 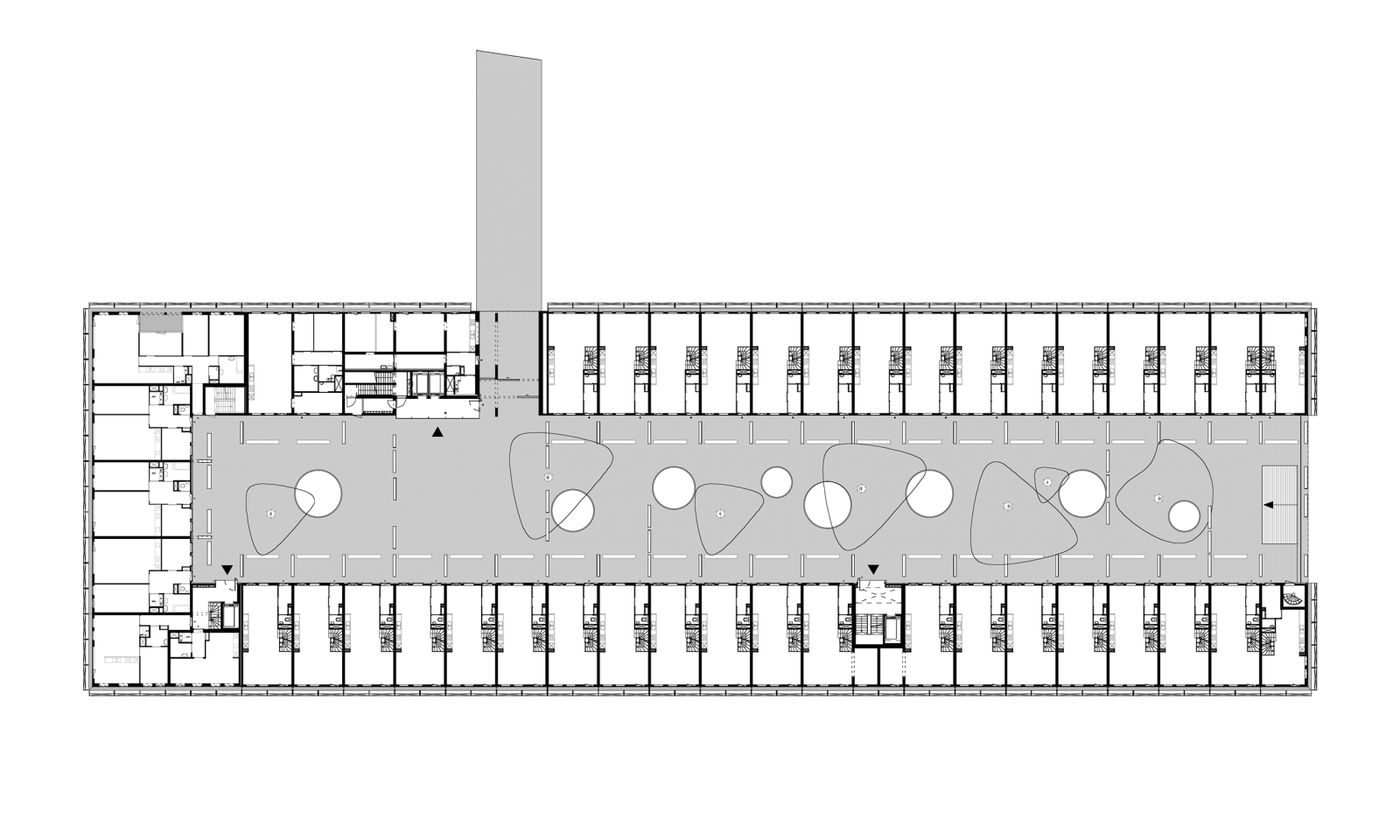 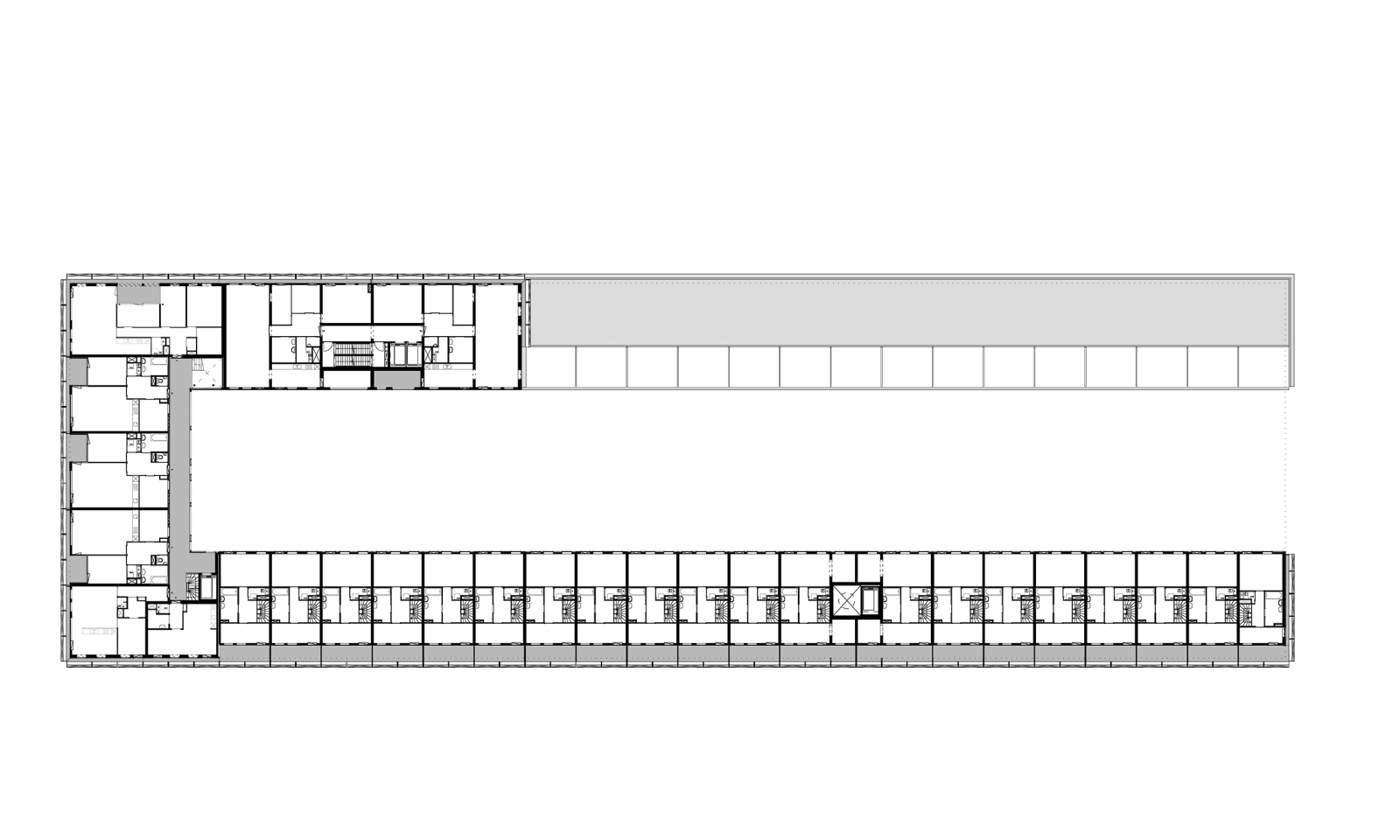 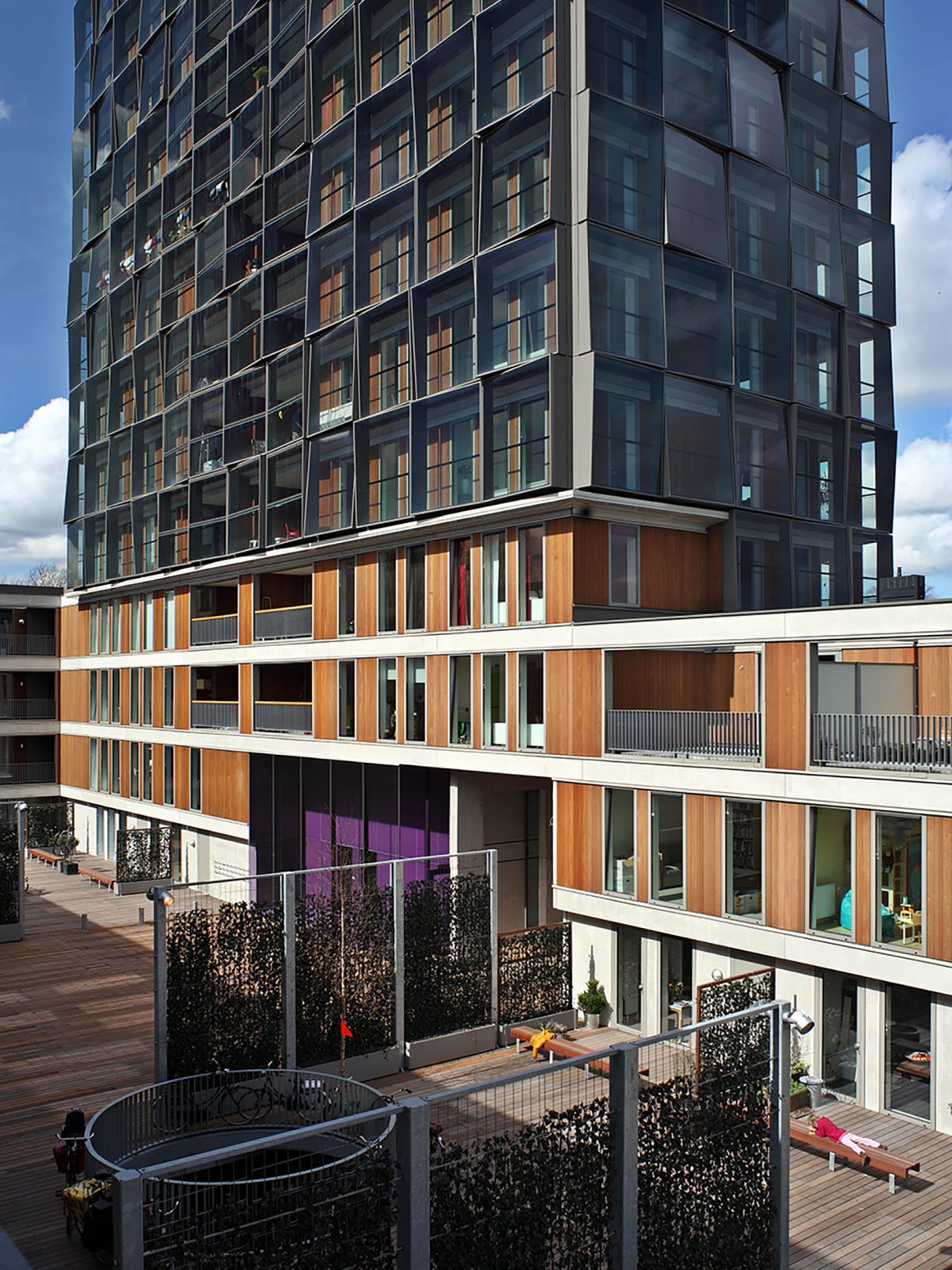 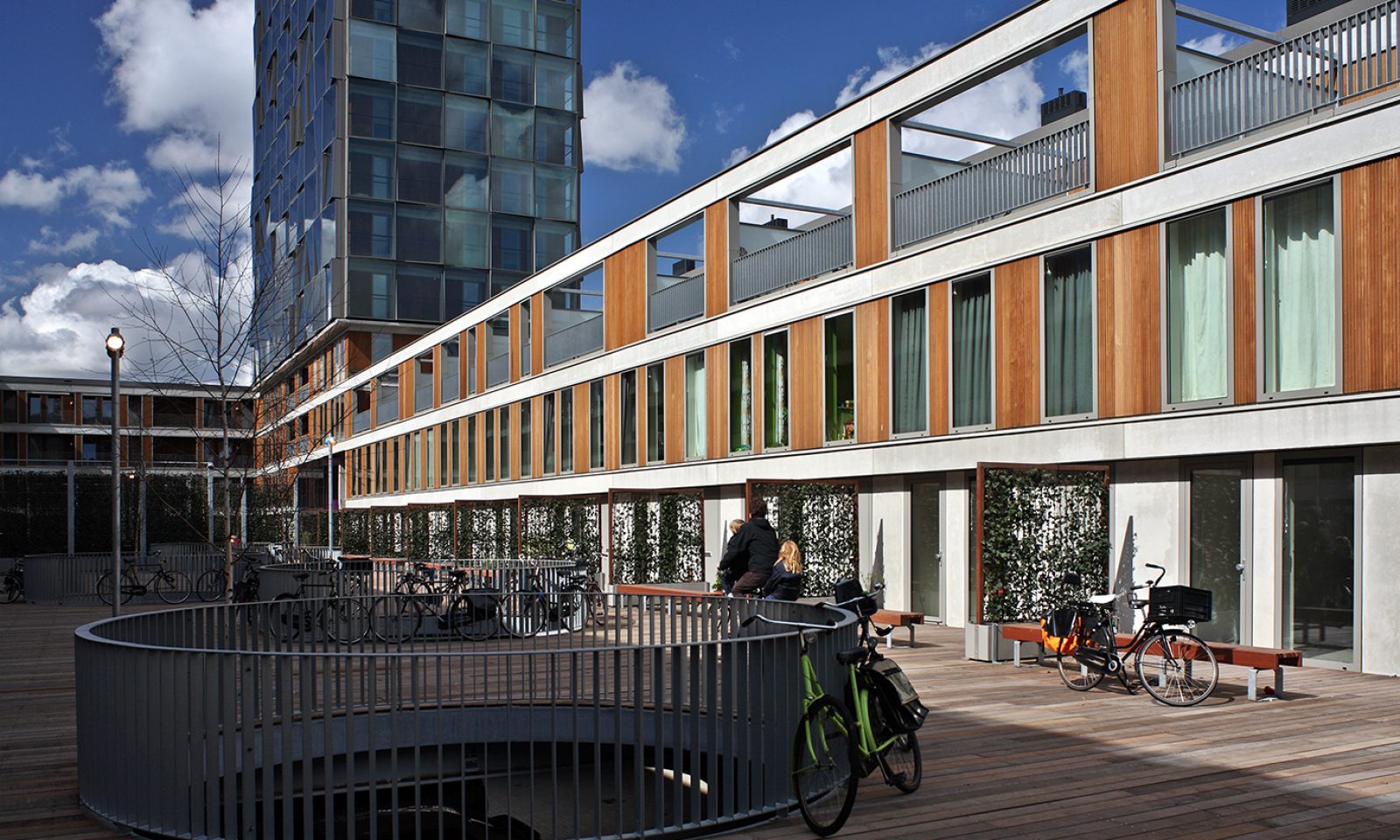 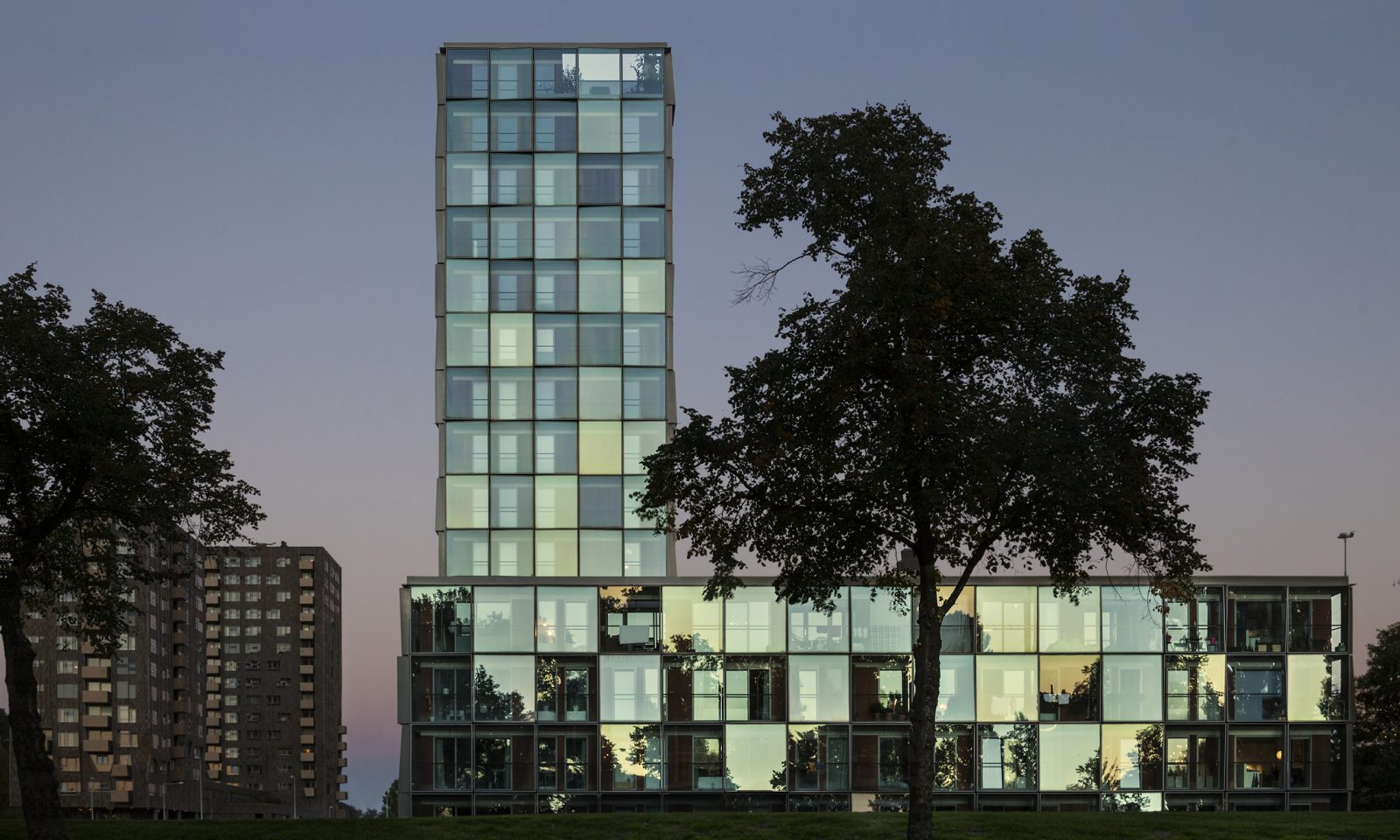 With its full glass street front and multipurpose WeSpace, Antoni is a new city showcase for technology, innovation and sustainability in Delft. 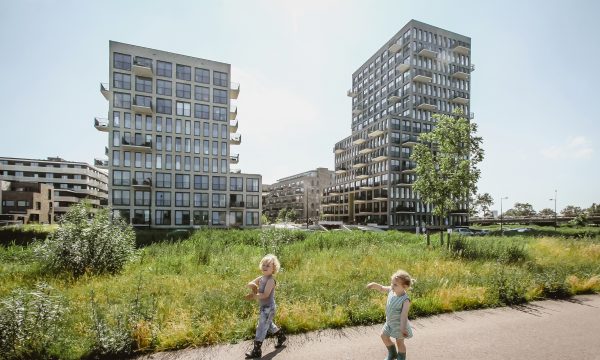 The neighbourhood enjoys better waterfront views now we’ve slimmed down the silhouette and switched the landmark buildings around. 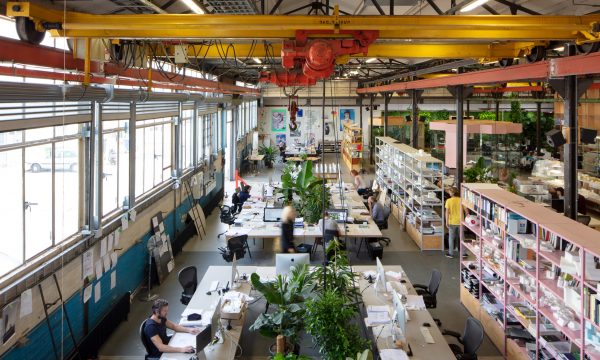 We developed, motivated by today’s collective mindset, the architectural typology WeSpace as a communal social space and thriving hub of a project.