On the tip of an island near Amsterdam lies a mysterious black volume, a house full of surprises and contrasts. Located on an angled, waterfront site the striking 425 m2 house is divided into three levels, each with its own specific character. Light and the spectacular views were key considerations of the design.

We based the plan on a diamond shape – a better fit for the angular site than a conventional rectangle. Housing the living spaces, the ground floor remains completely open to maximise views and seamlessly connect inside and outside. Functions such as storage, the fireplace and television are concealed inside freestanding bespoke furniture units, strategically positioned to direct the flow of space.

Due to height restrictions, the house is partly built underground. This ‘secret’ domain contains the guest room, study, games room and cinema. Along the south facade, the ground is carved out to bring sunlight into the lower spaces. This intervention transforms the appearance of the volume dramatically: here the house appears to float.  The first floor intentionally feels closed and private. The three bedrooms are concealed behind a veil of black perforated shutters that cast lively patterned shadows on the floors and walls. While lying in bed or in the bath with the shutters and sliding glass doors open, it’s easy to imagine yourself in the middle of nature. 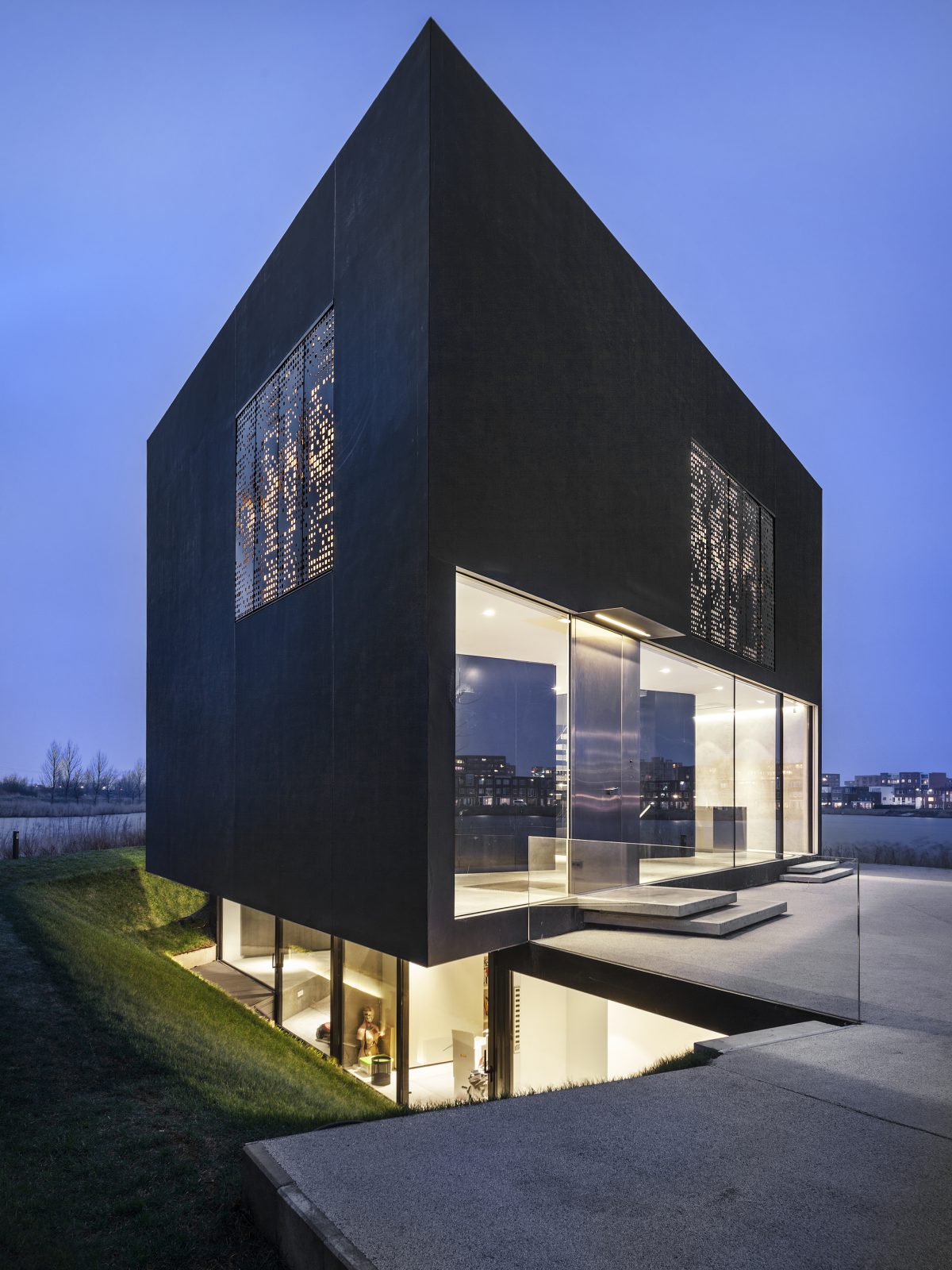 Crafting a beautiful home on a challenging angled plot with spectacular views. 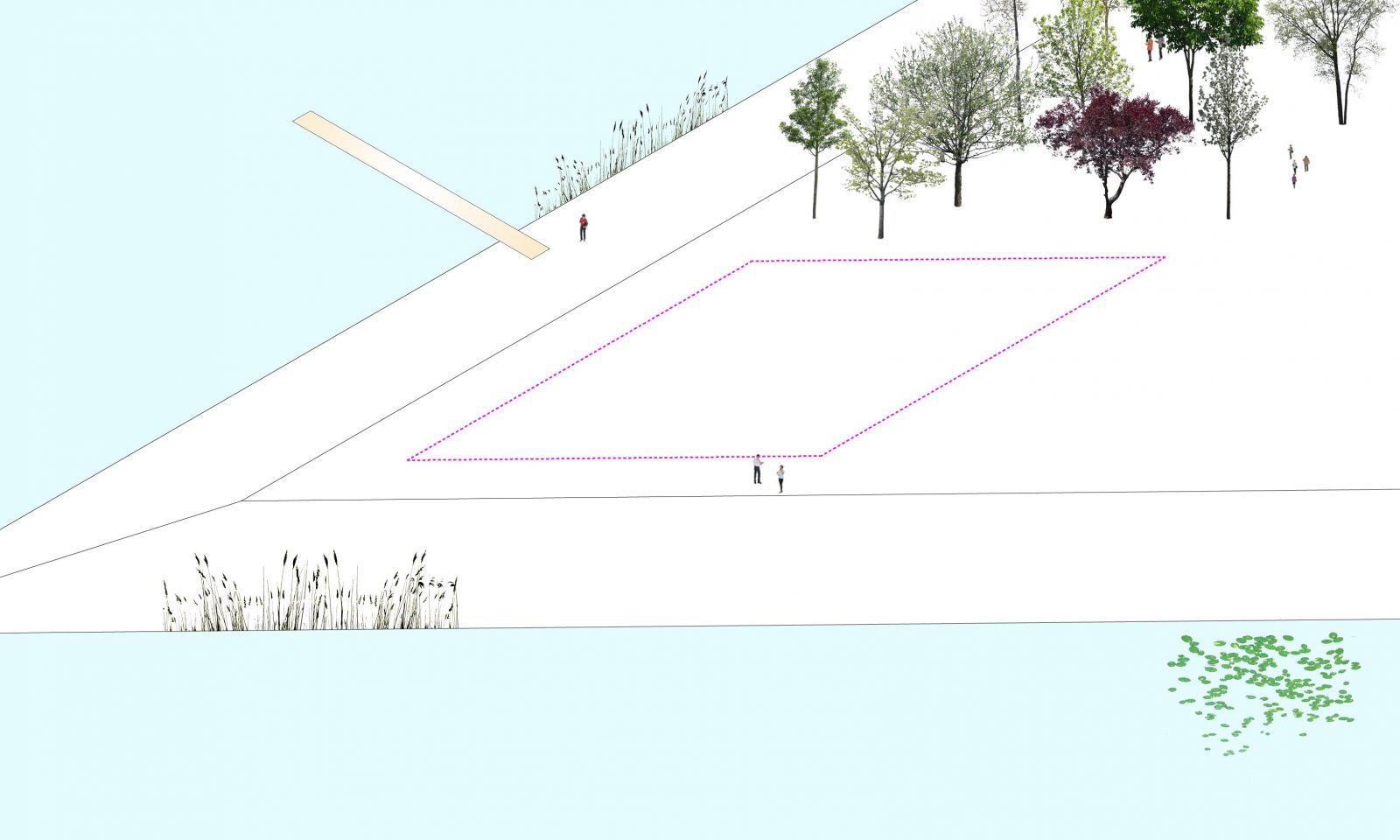 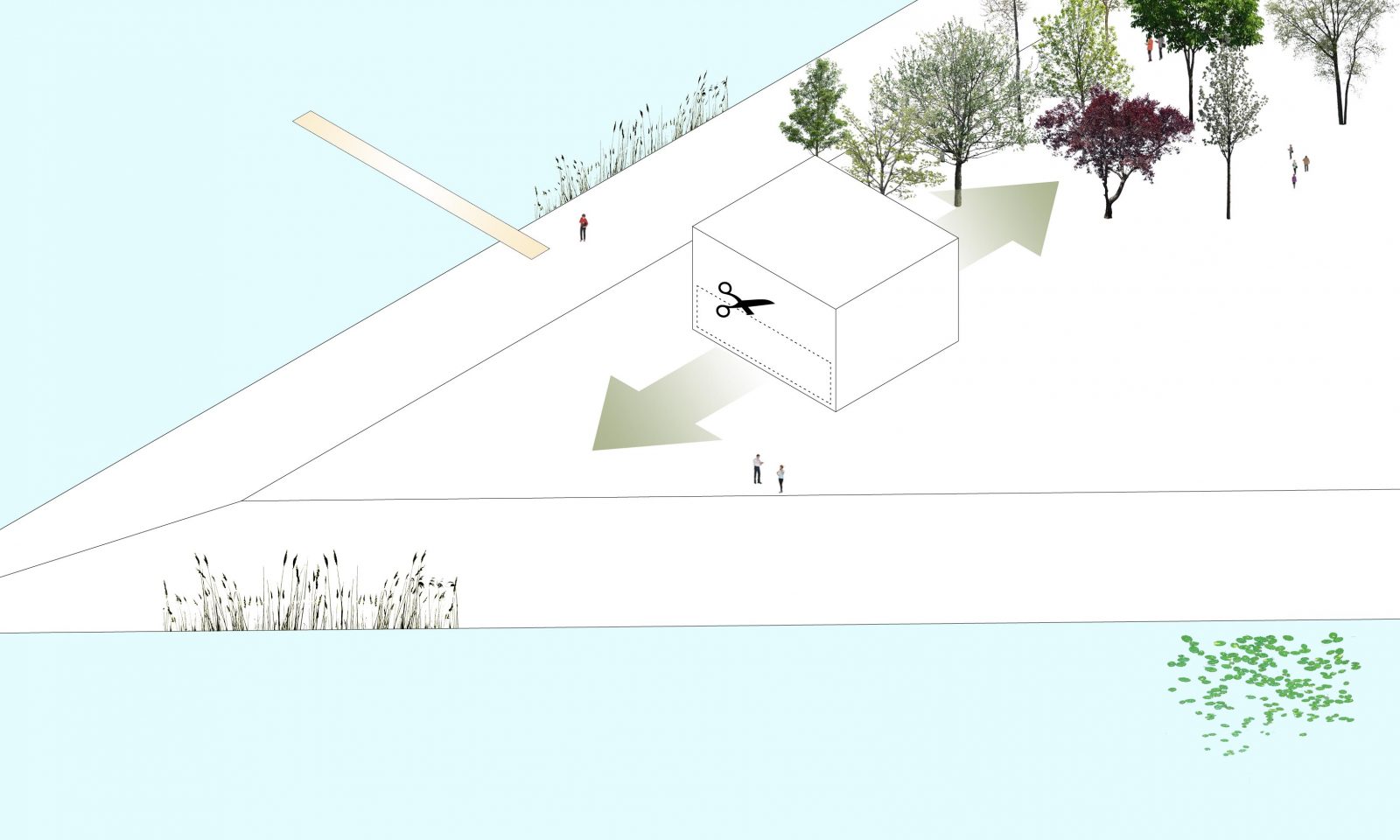 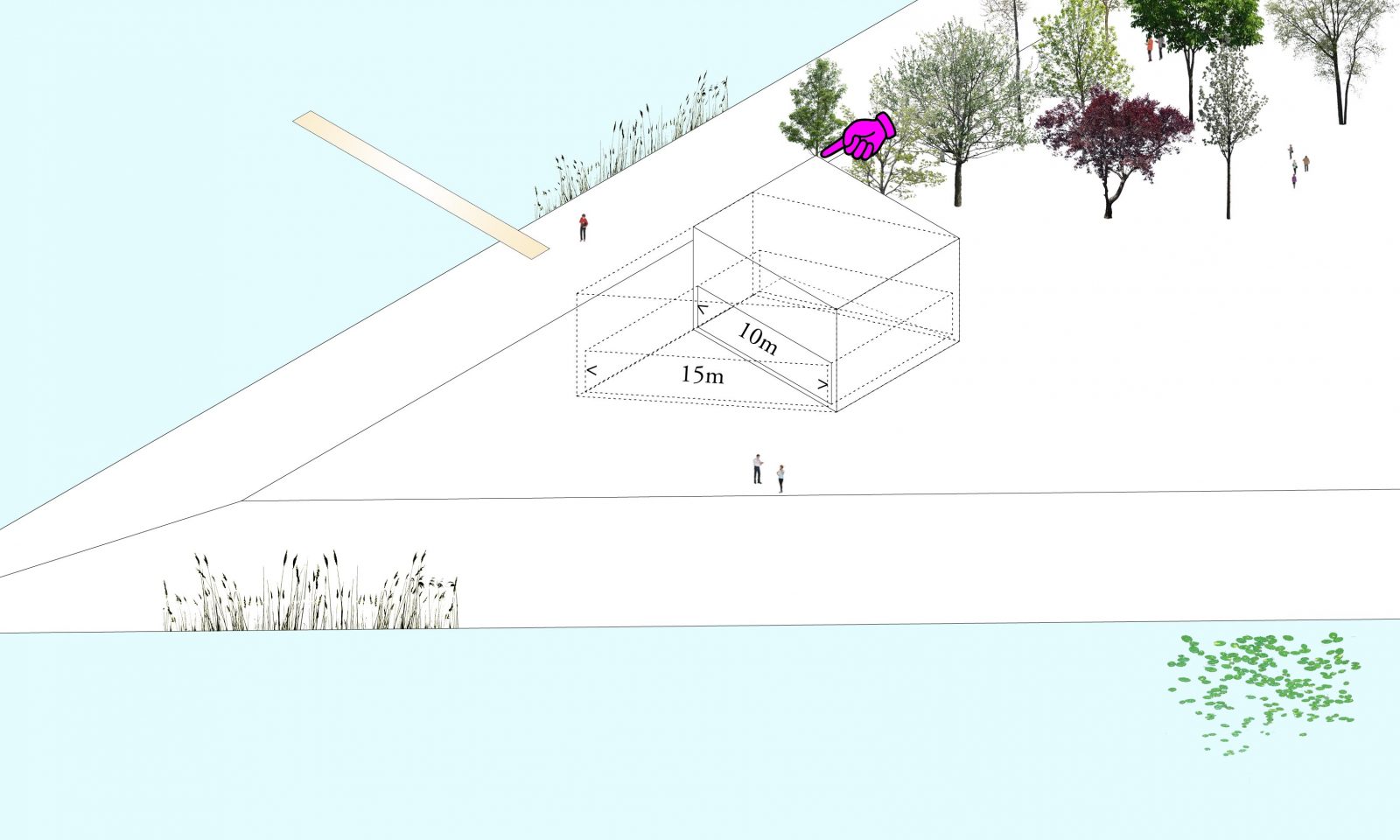 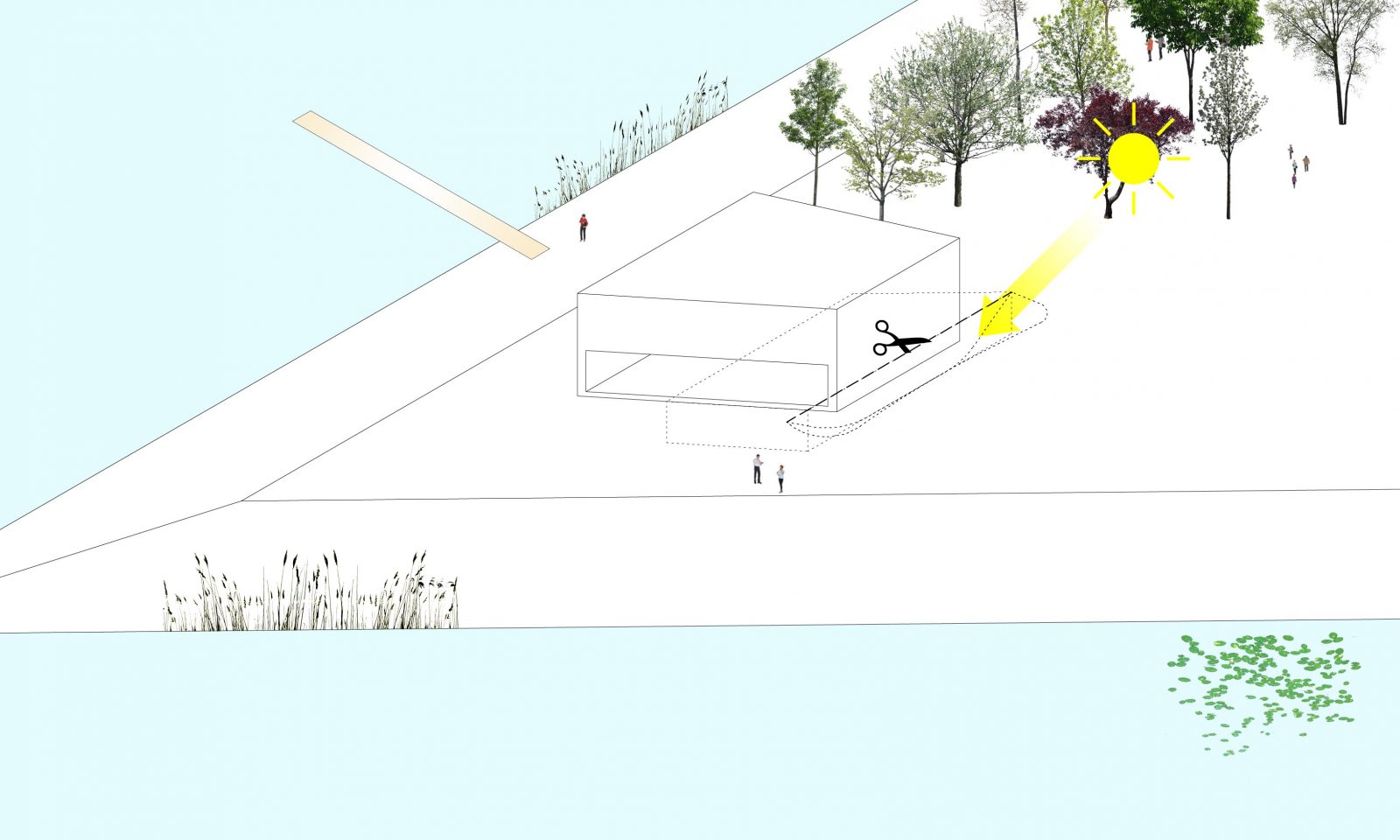 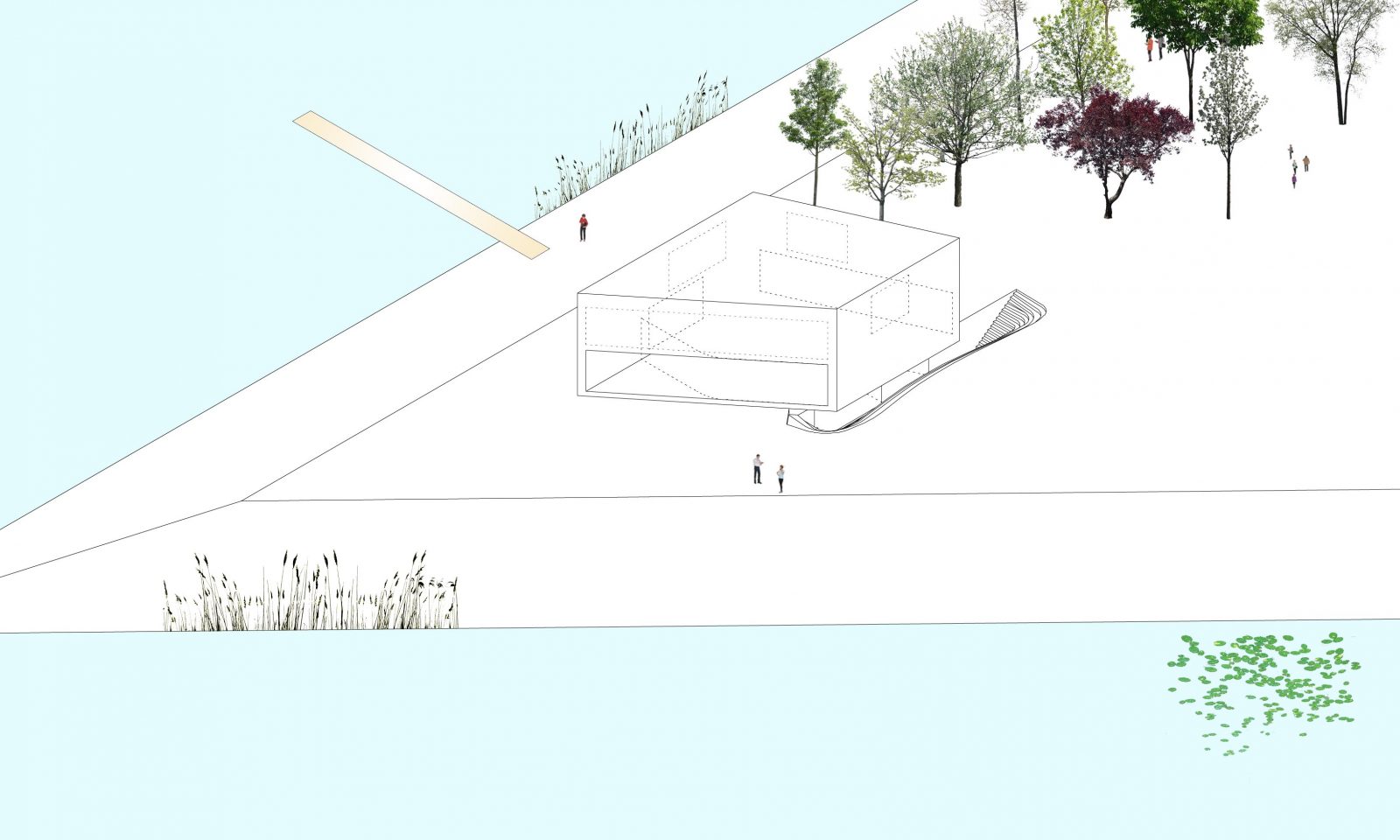 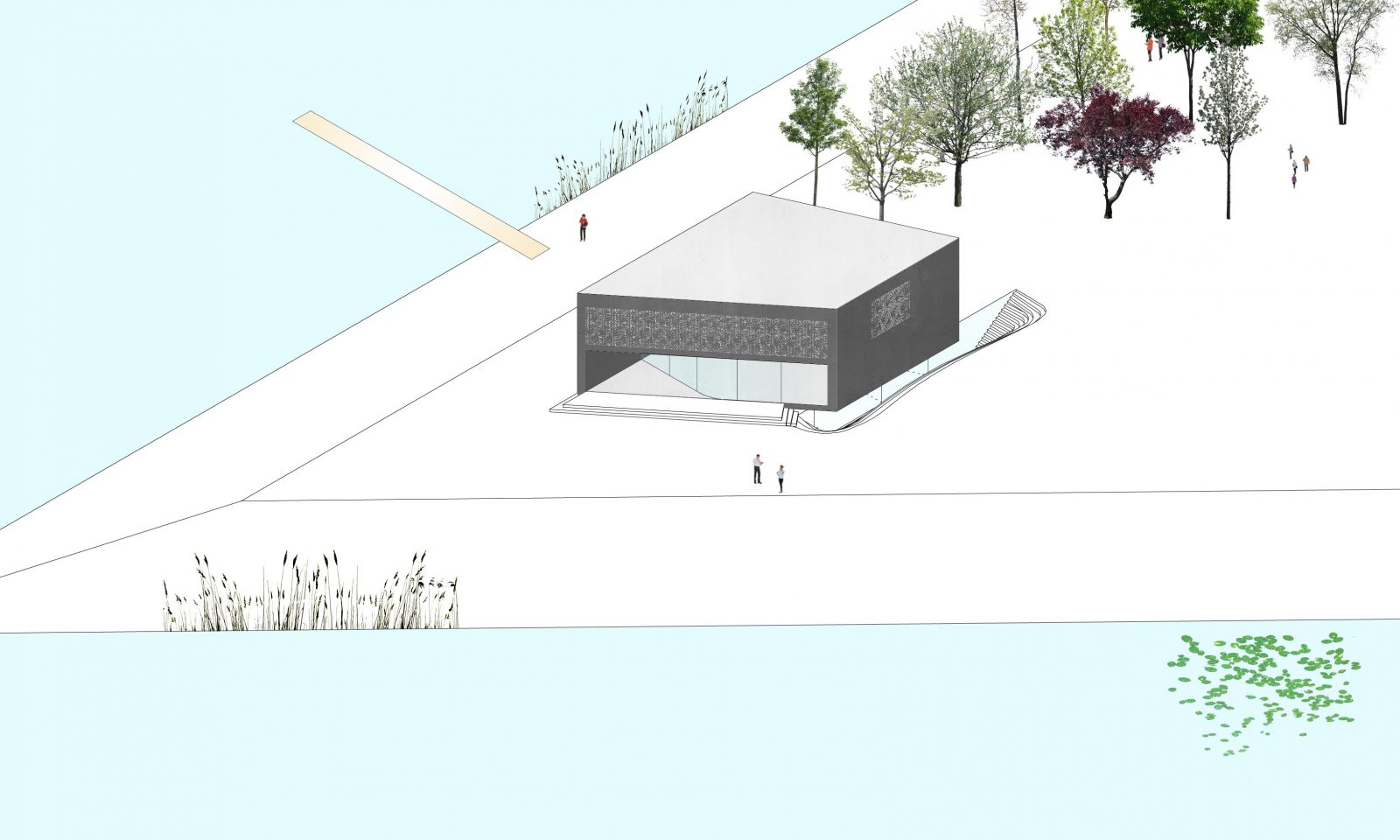 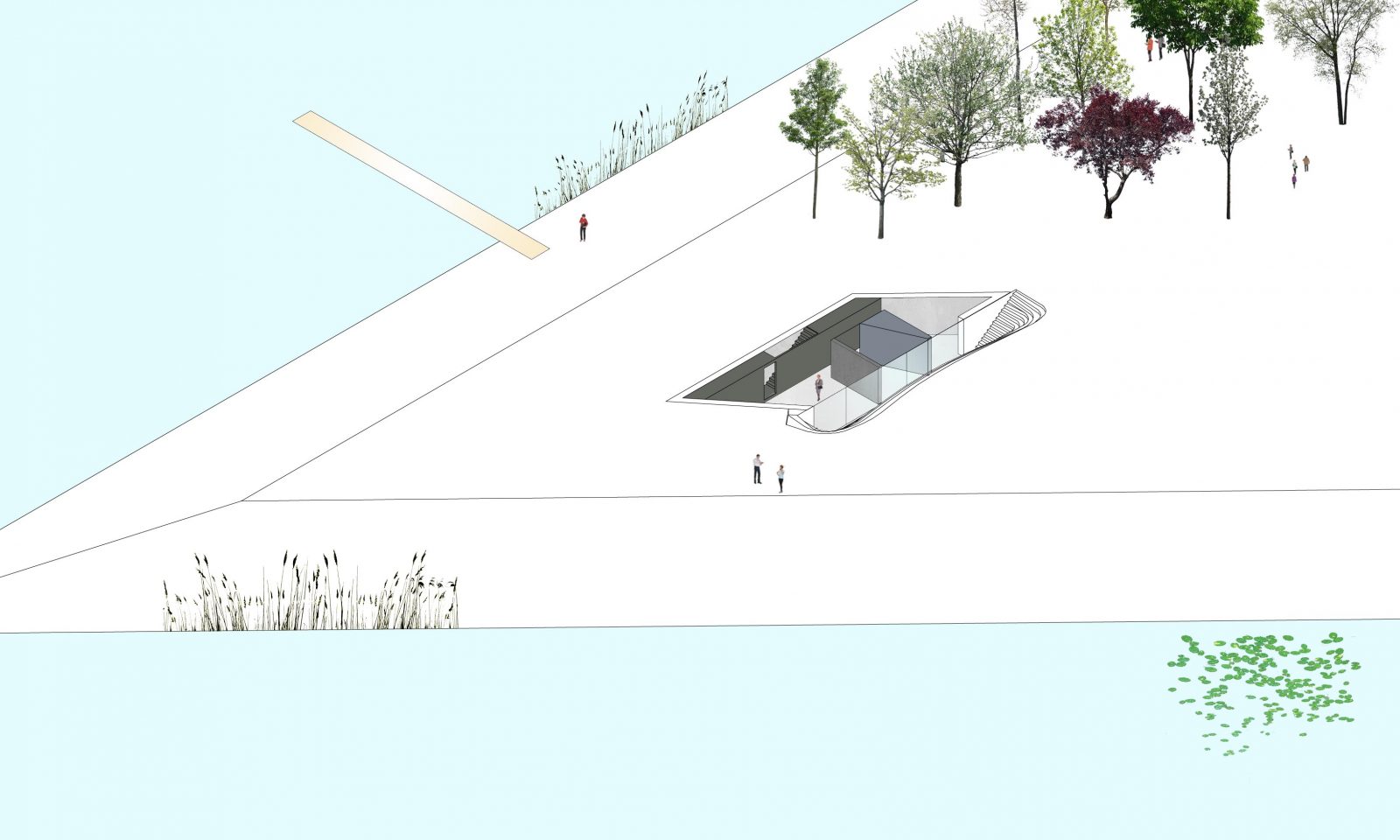 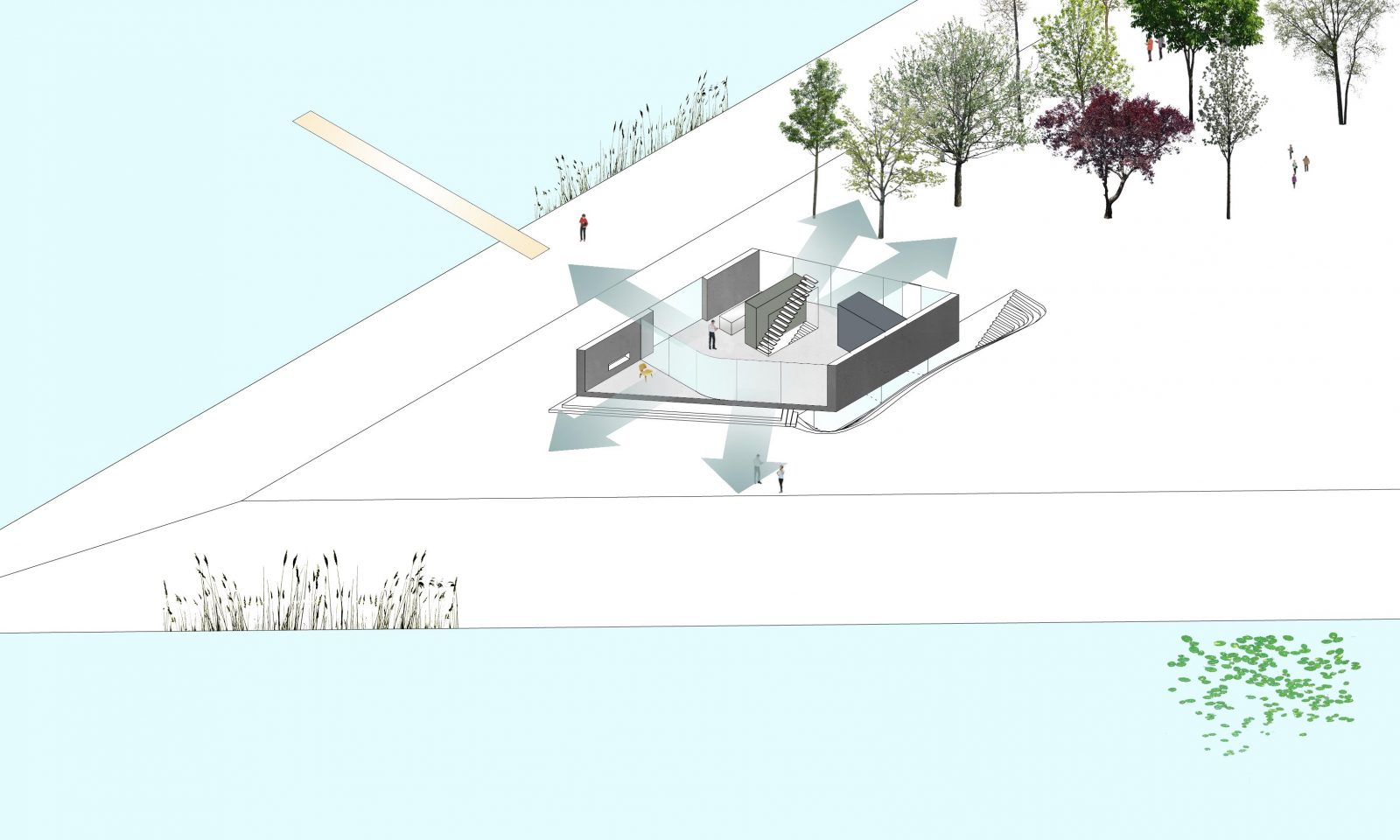 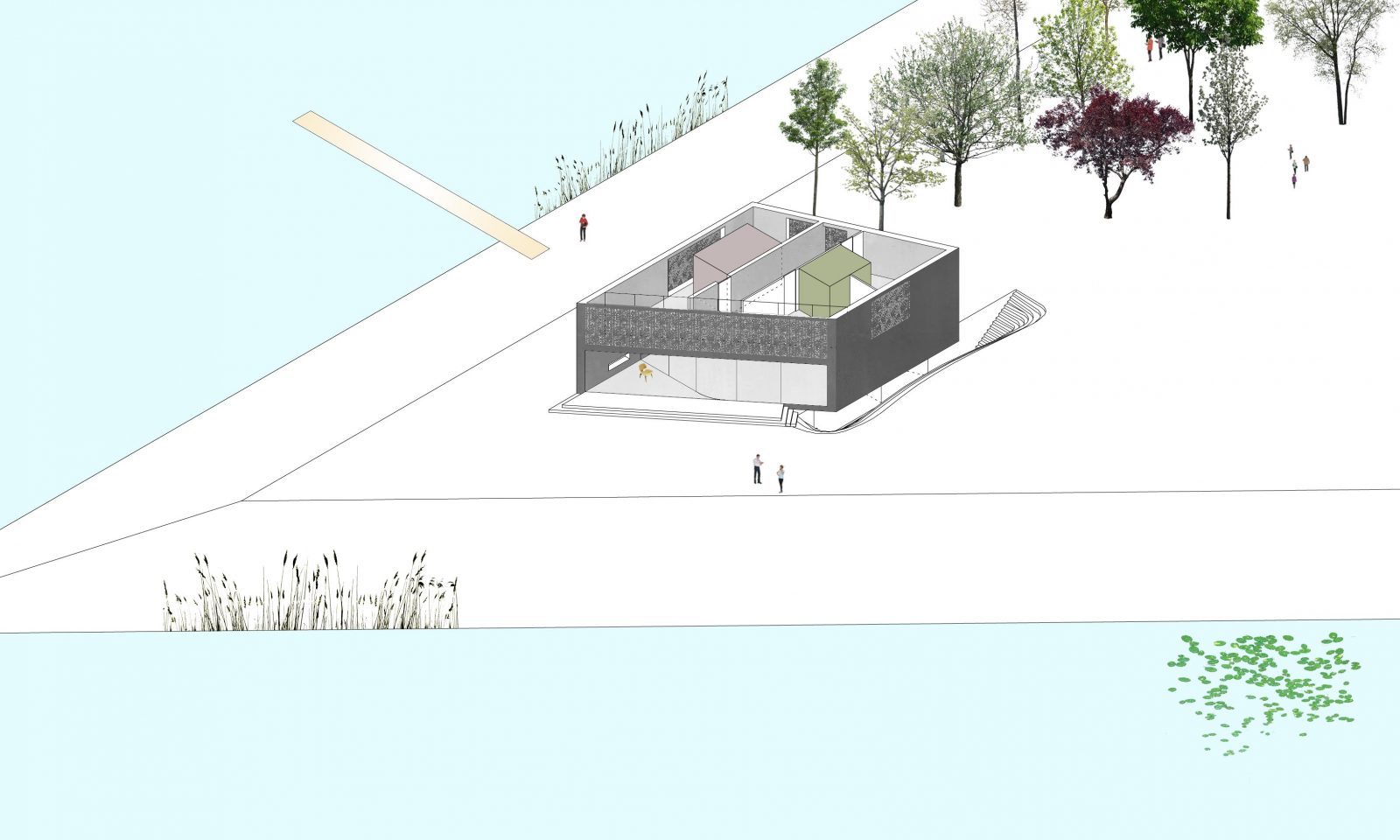 On the north side, we extended the volume towards the tip of the island, thereby extending the southwest elevation; this maximises sun into the house and views of the water and opposite park, and creates an angular form more suited to the site. 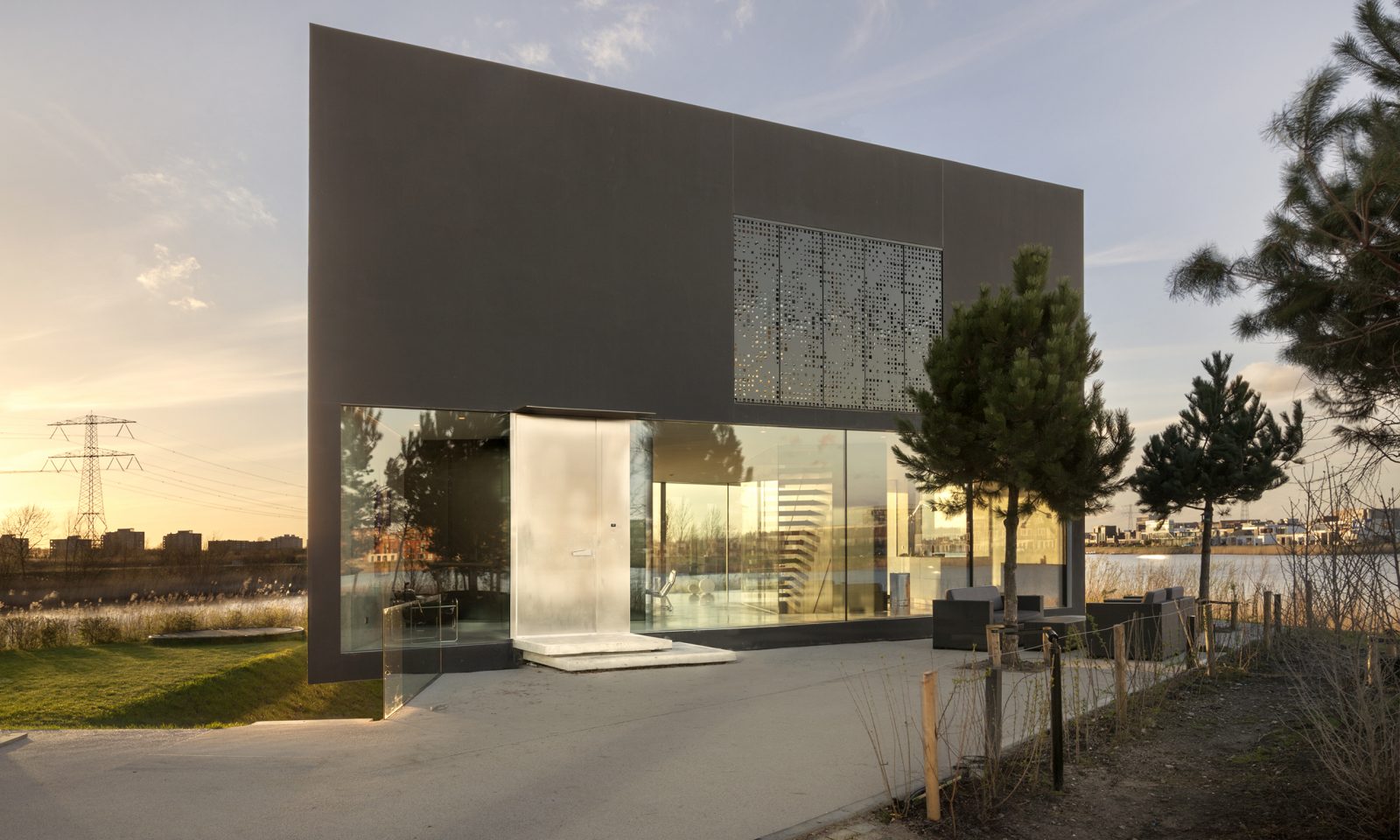 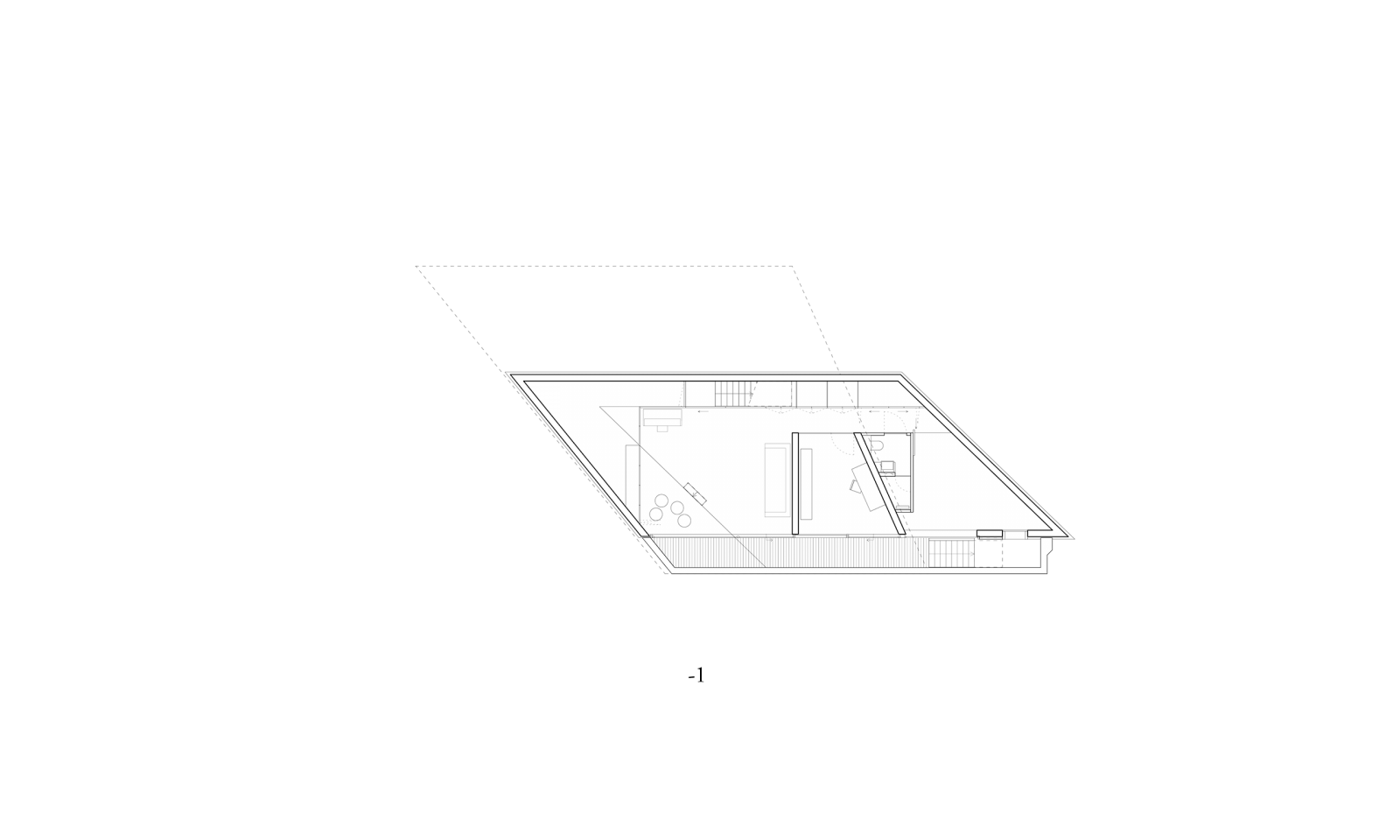 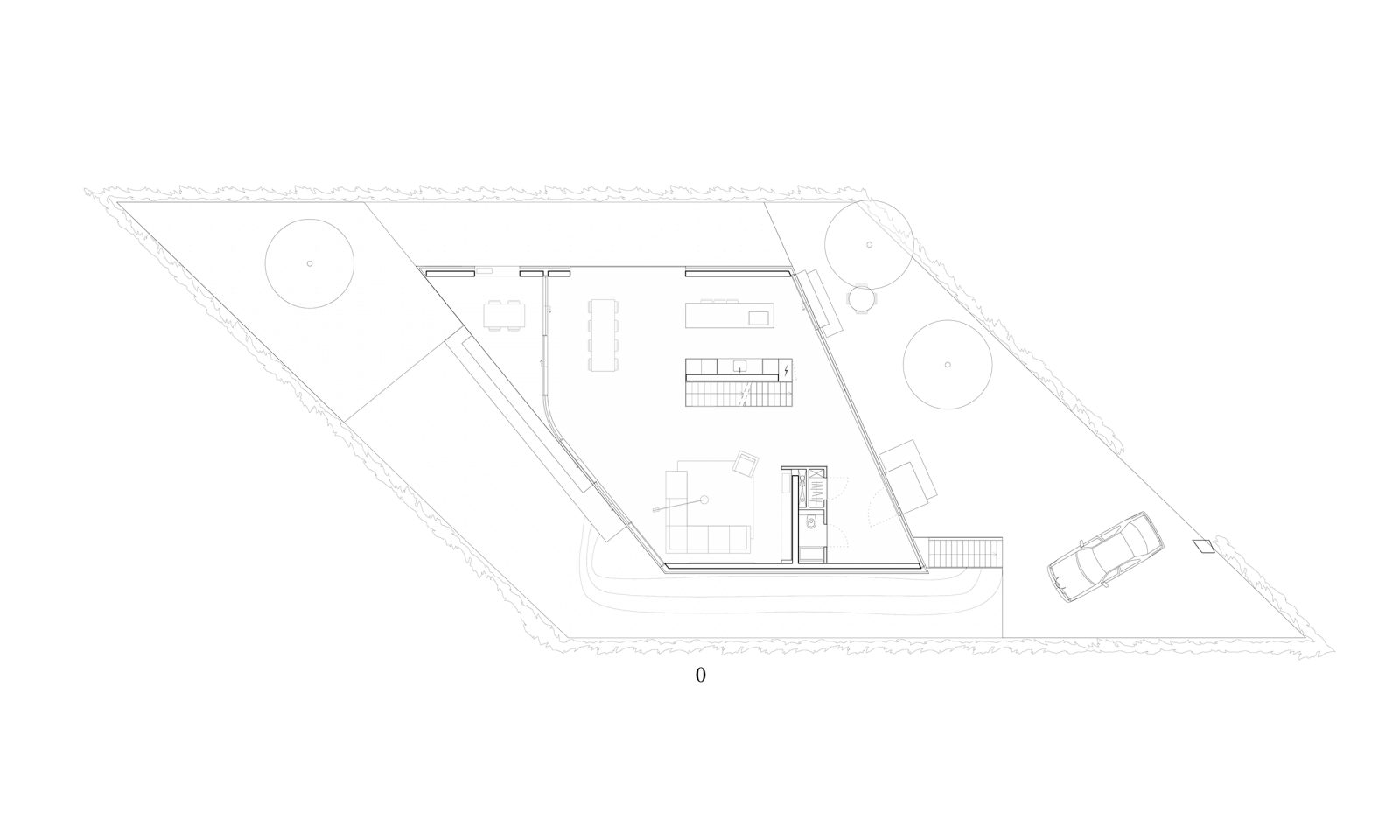 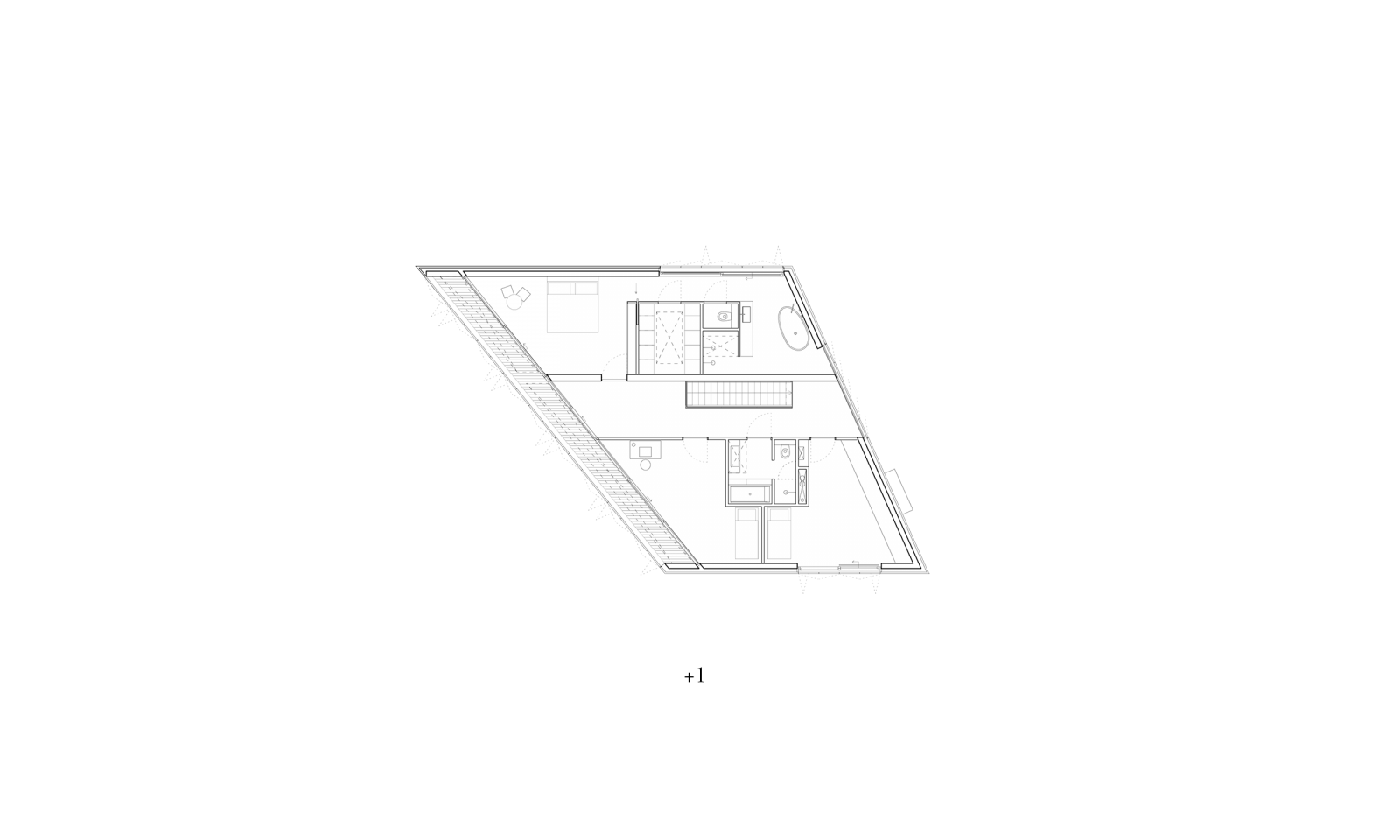 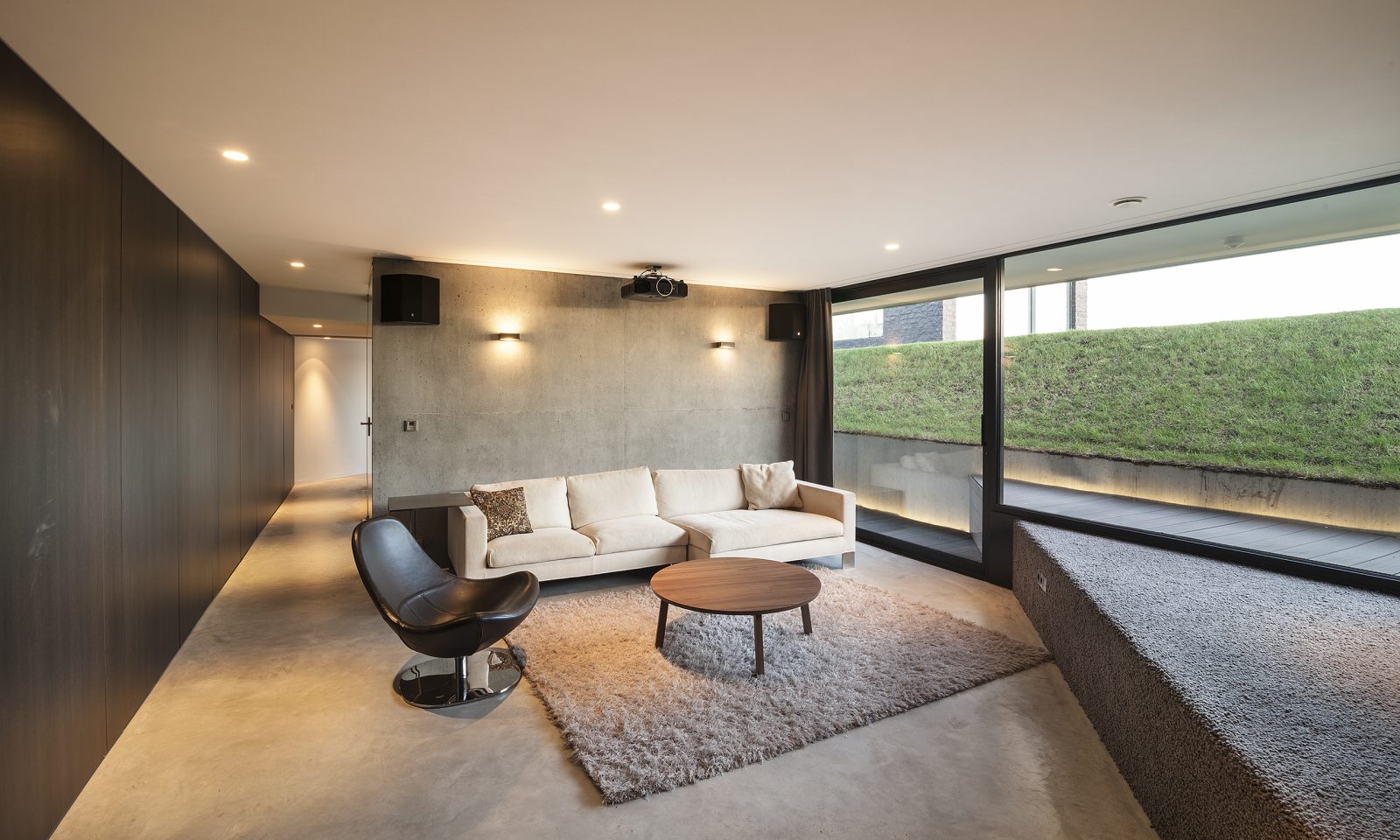 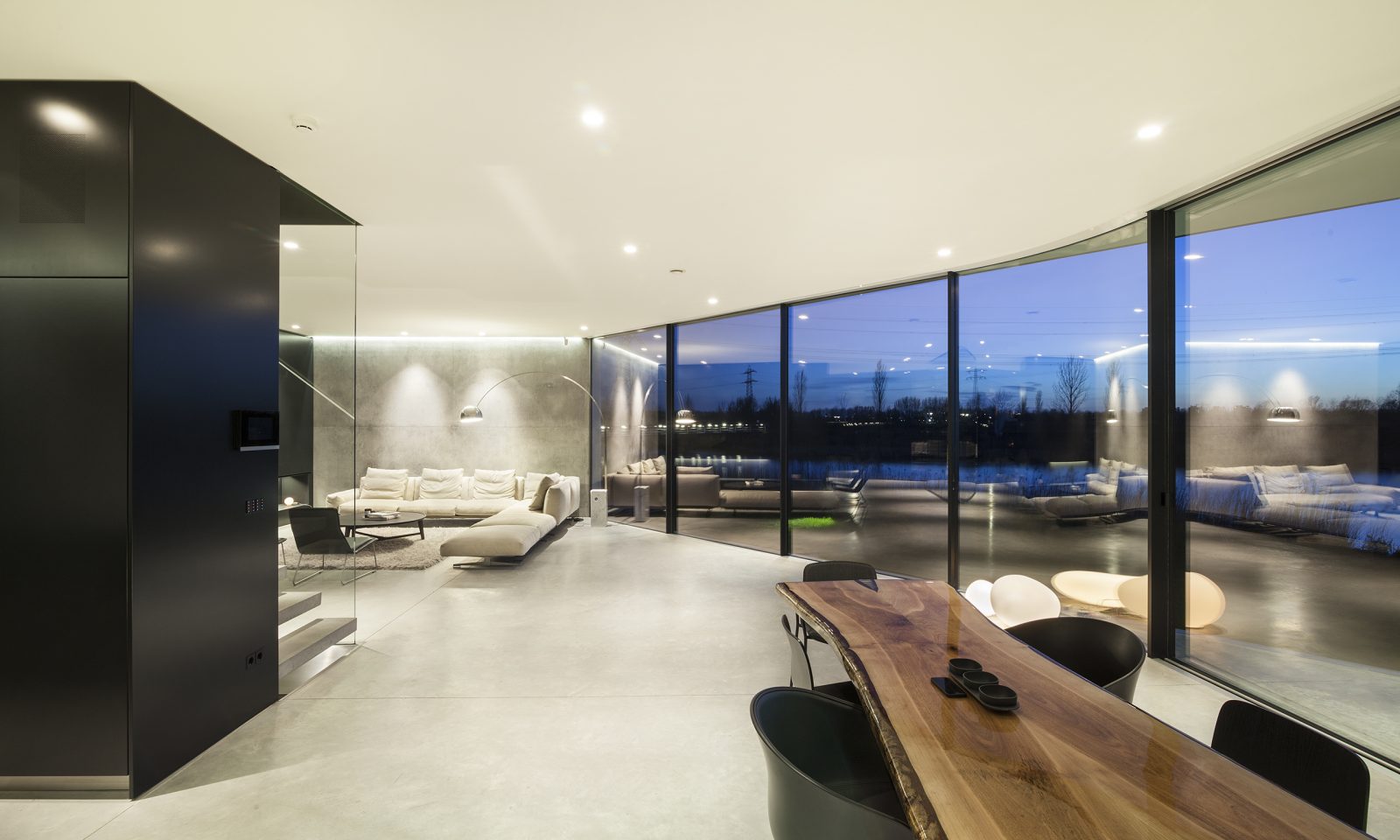 On the ground floor, huge windows are cut in the facade to capture these views. The upper floor remains closed and the basement is partly hollowed out – its form inspired by the shape of the dike that surrounds the island – resulting, overall, in an intriguing, abstract volume. 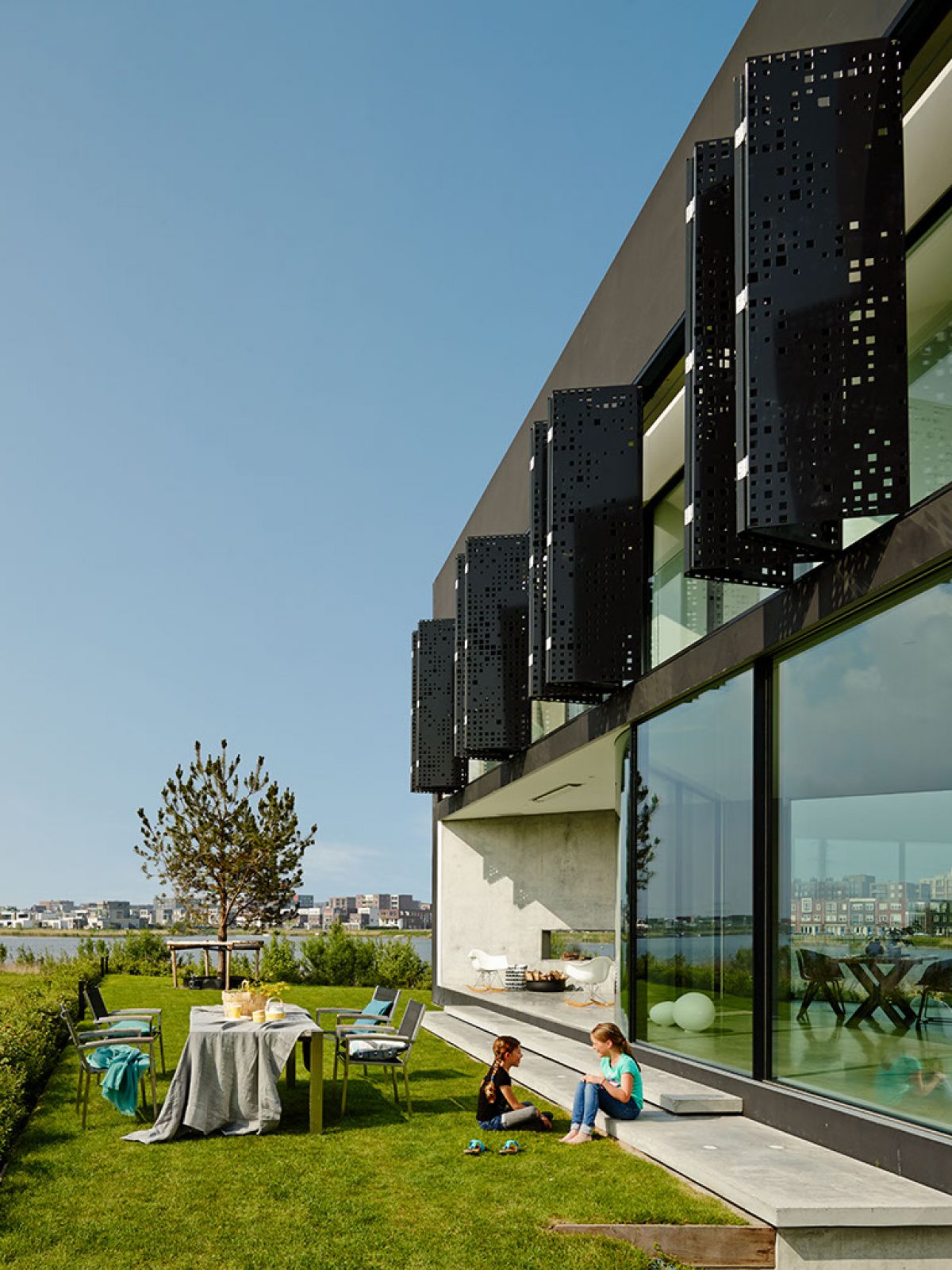 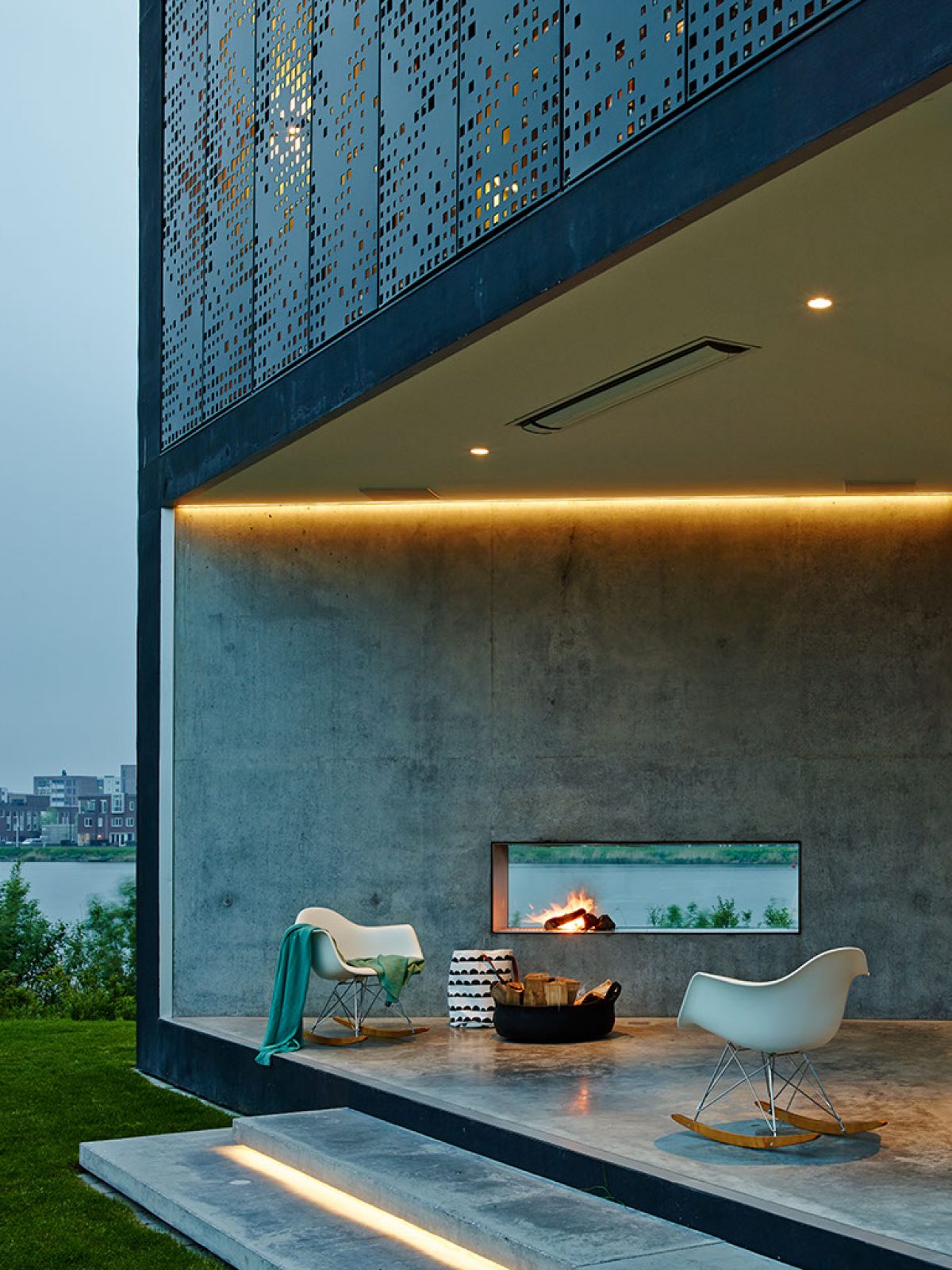 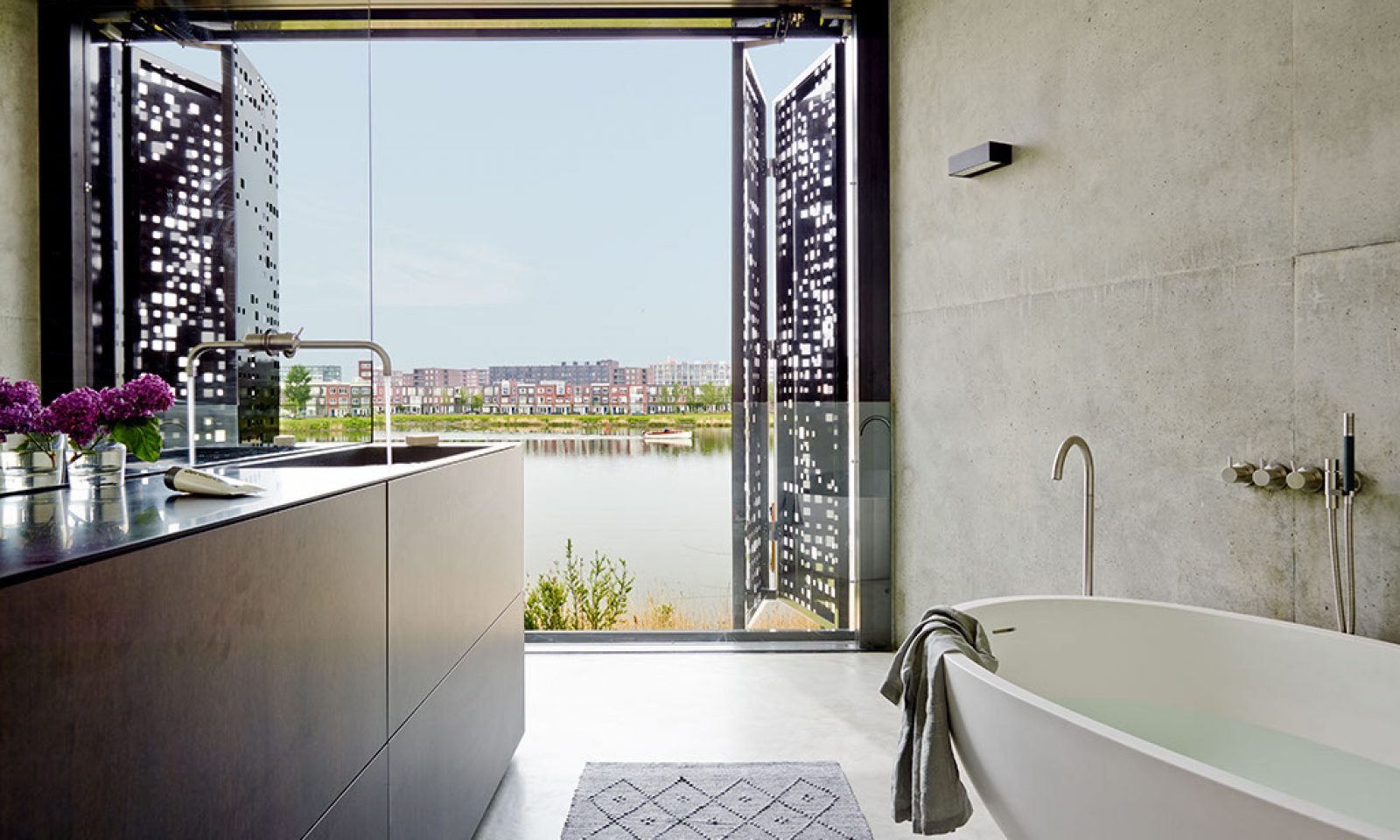 A site-specific house full of contrasts. 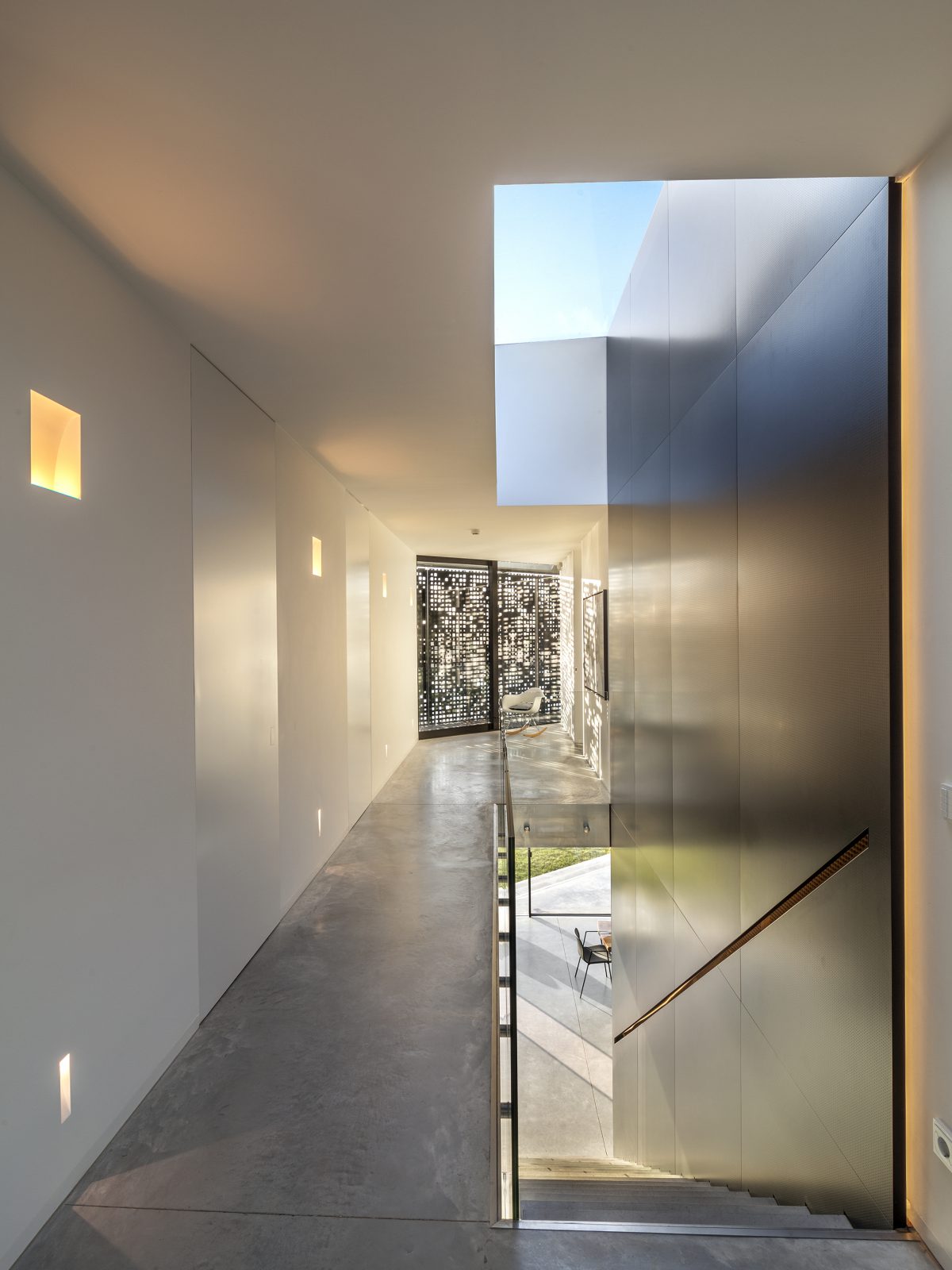 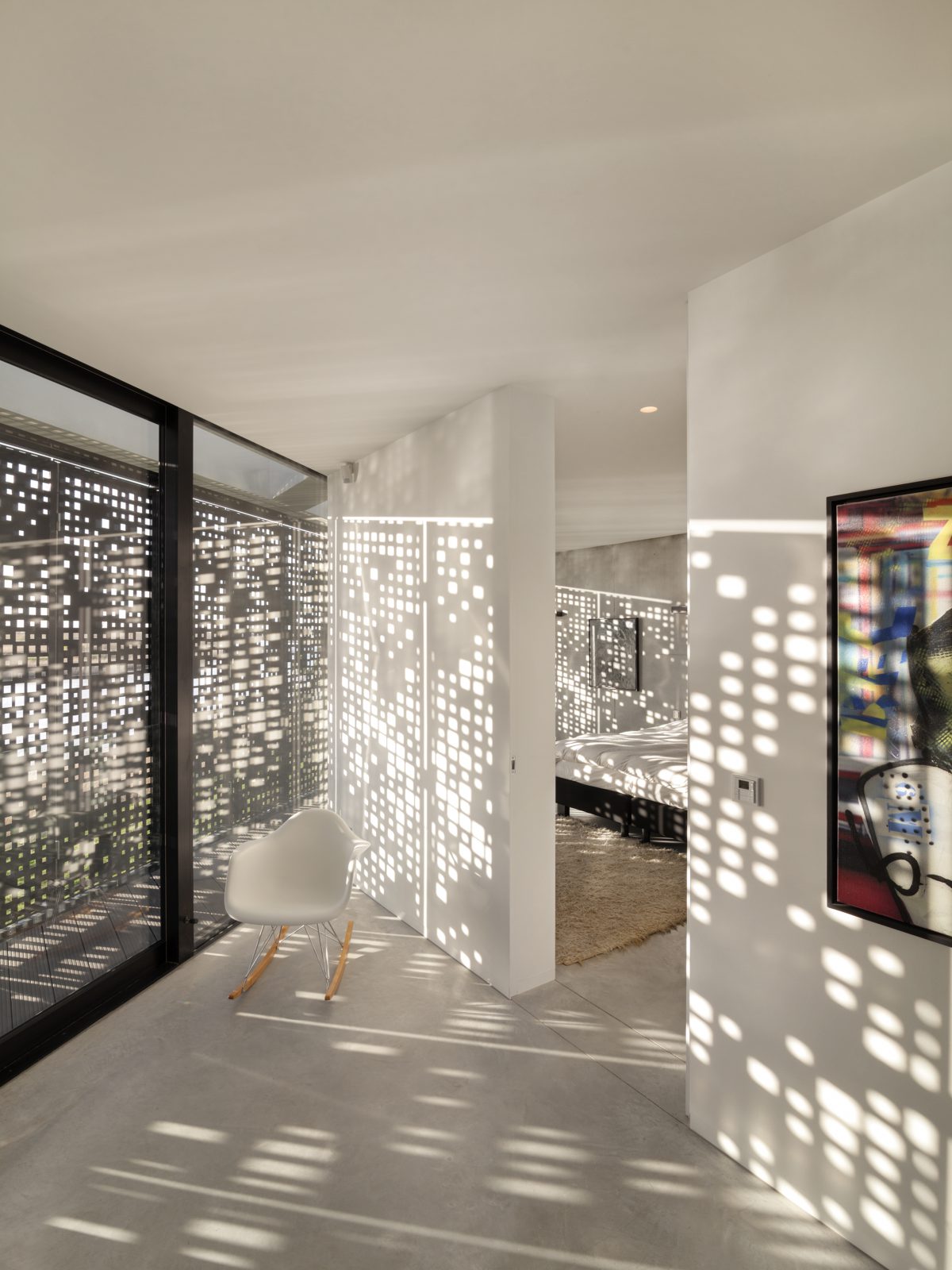 Material contrasts lend an element of surprise: raw concrete is paired with warm, dark timber, and delicate glass with perforated black metal. With its sharp angles and high elevations, the building changes appearance depending on the viewing point, from delicate and slender to wide and solid. Inside, the atmosphere varies between light and airy to dark and intimate, as in a nightclub.

We created a largely open plan interior thanks to the load-bearing concrete facades and the structural central stair shaft. 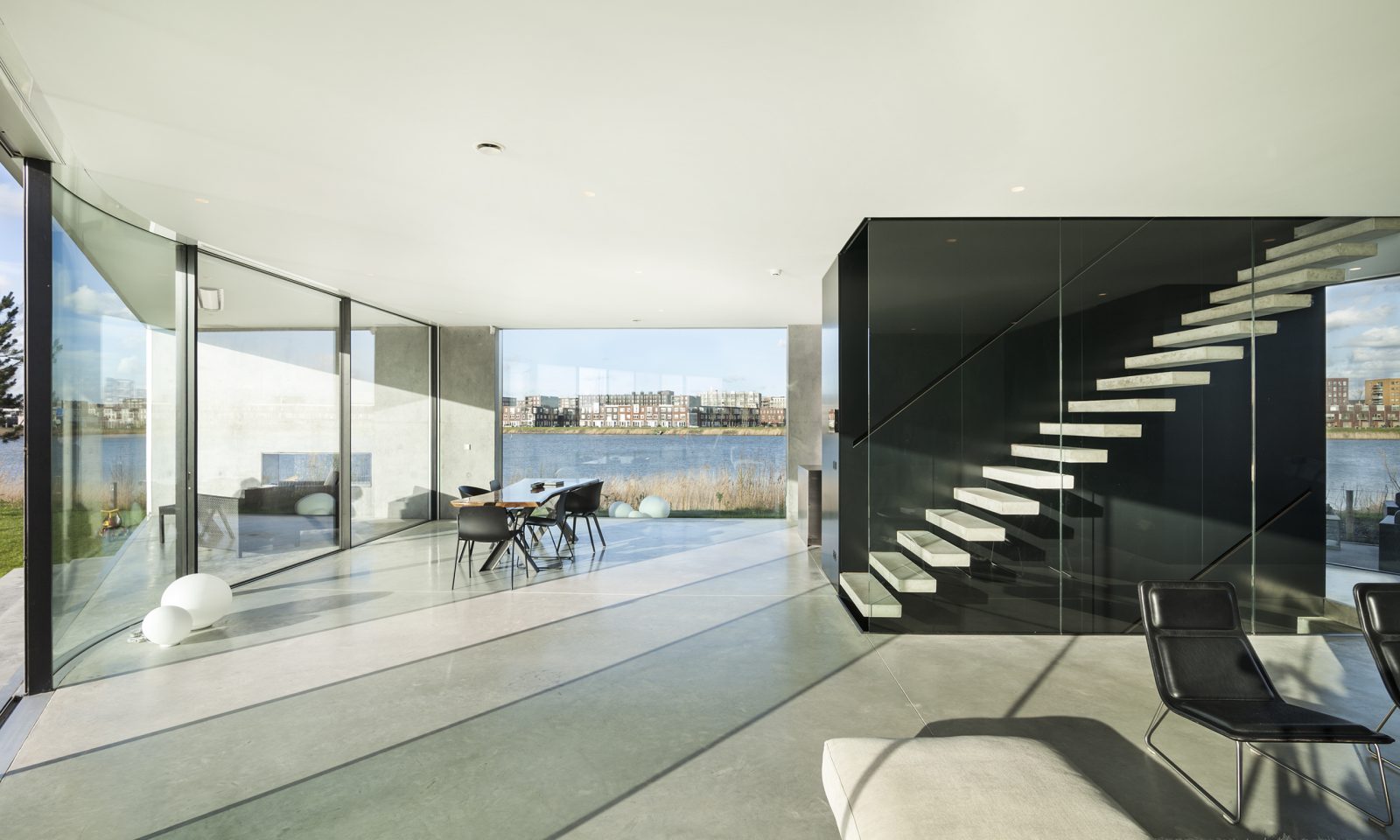 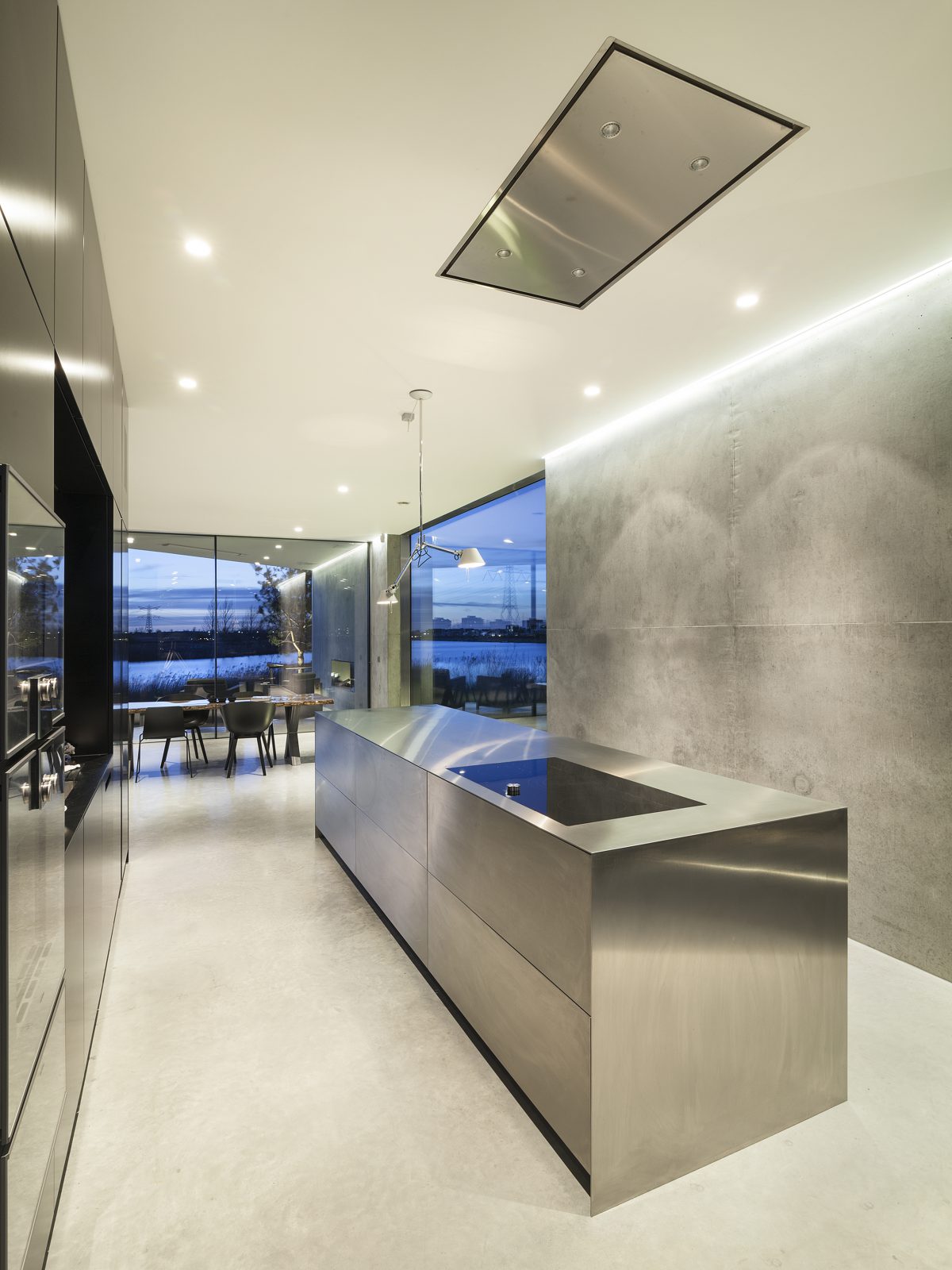 From the bespoke door handles and 4mm-thick stainless steel kitchen bench to the custom black intercom column and perforated steel shutters, a meticulous level of detailing results in a sleek, coherent aesthetic that evokes a sense of calm. 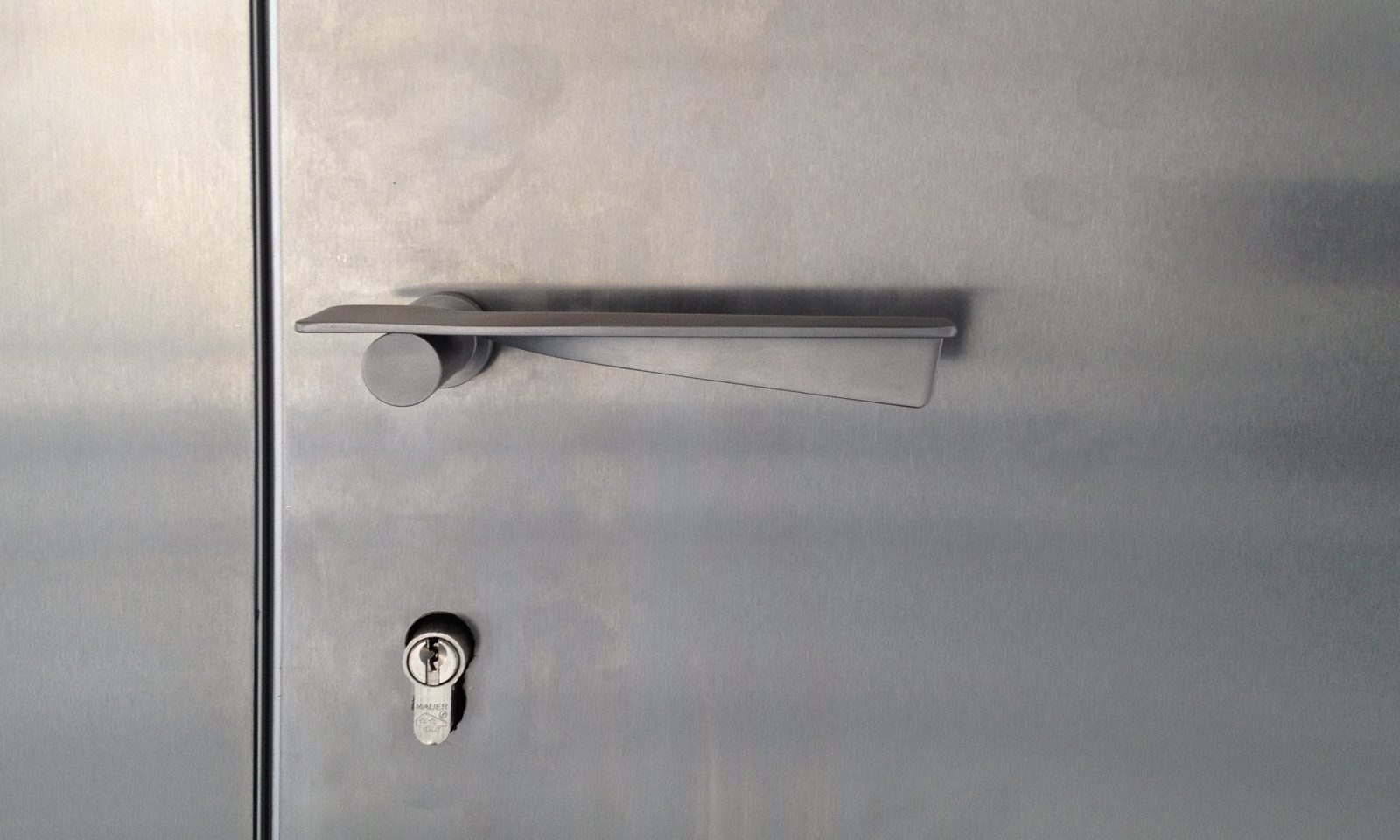 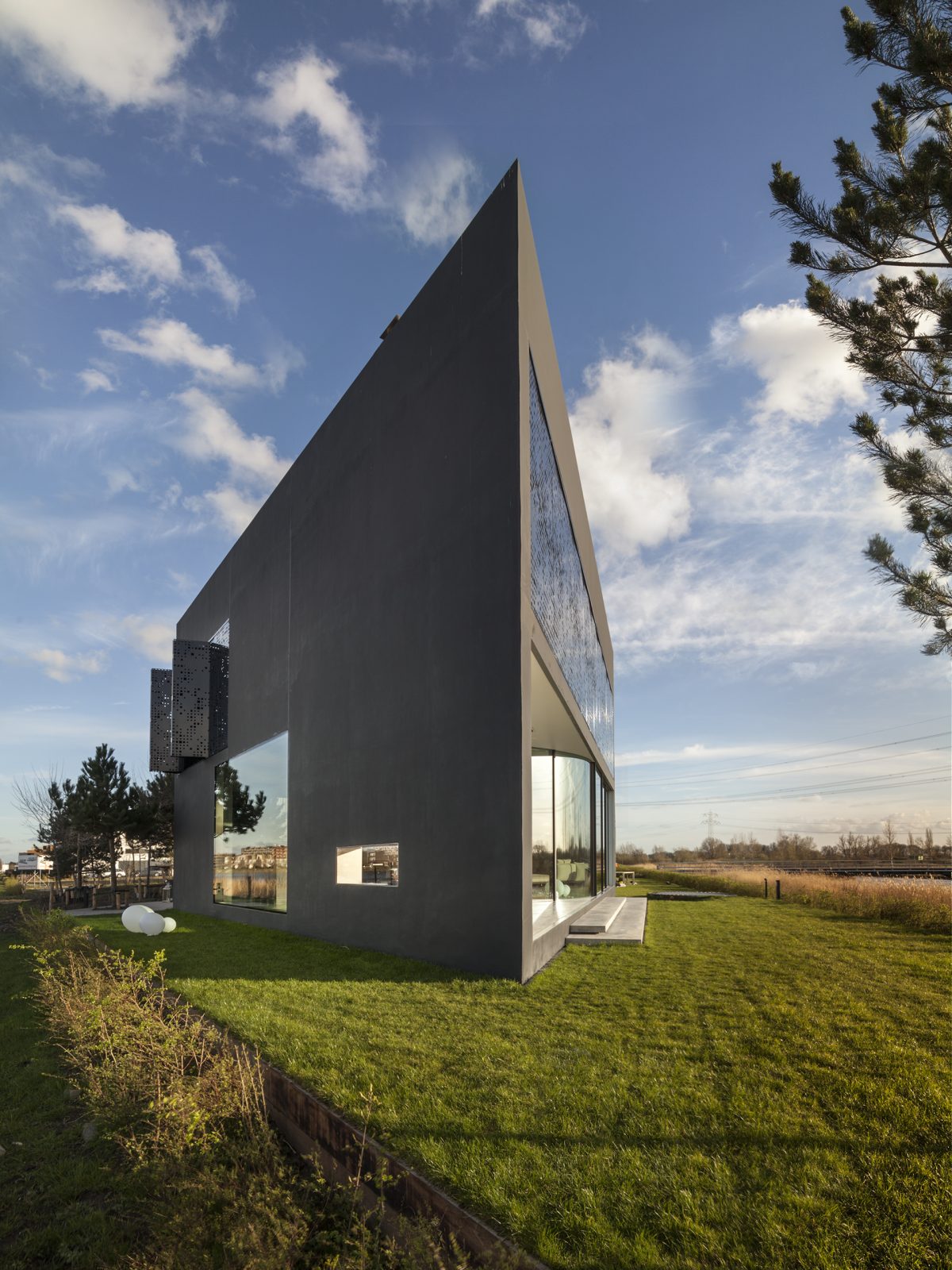 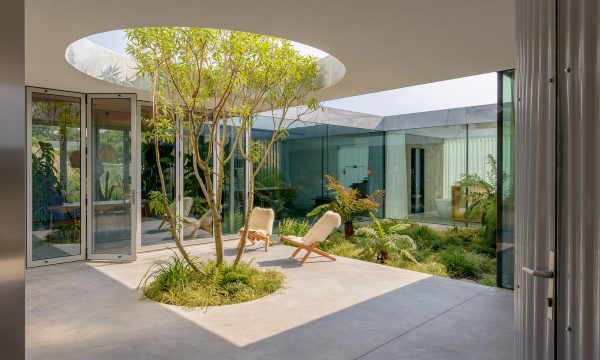 This pavilion is half house, half garden, in one single home. 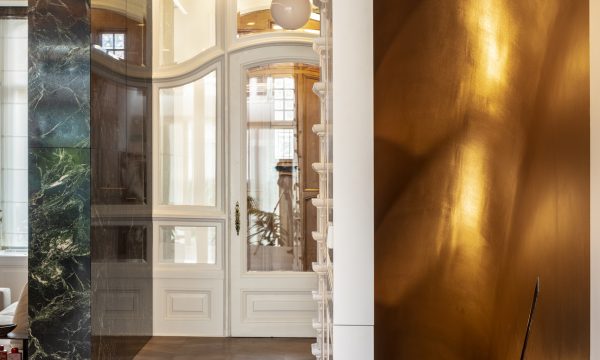 The interior of a 100-year-old grand park villa is dramatically transformed into an open living landscape that fuses heritage and contemporary living. 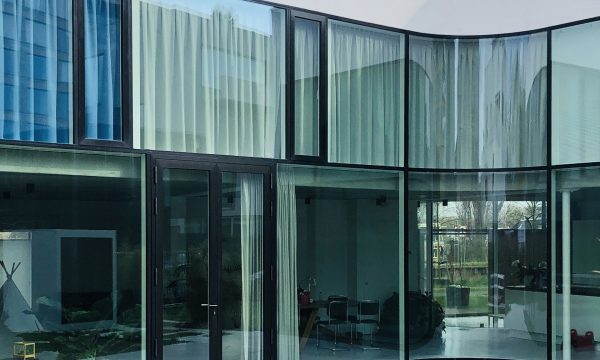 Twisted proportions! We pushed the spatial limits of the site to sculpt the volume of this house according to light and views.